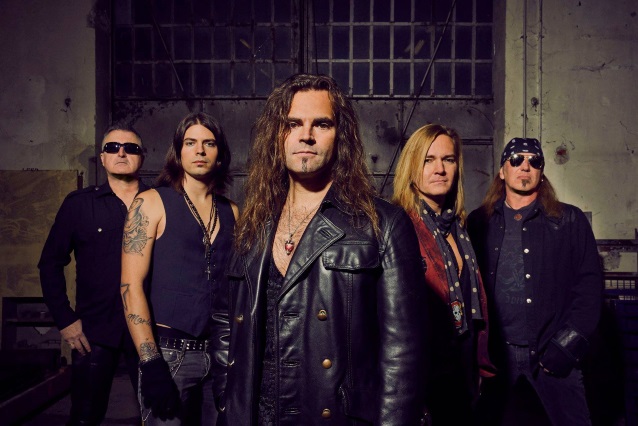 BONFIRE To Release 'Temple Of Lies' Album In April

Few German rock acts can look back at as long and successful a career as BONFIRE. Counting the predecessor — a group called CACUMEN, which was also founded by Hans Ziller and featured more or less the same lineup — the band has been around since 1972, has operated under its current moniker since 1986 and released more than two dozen albums. During the most successful phase of the career, BONFIRE was counted alongside the SCORPIONS and ACCEPT as among Germany's three internationally most acclaimed acts, celebrating major success all over Europe and worldwide. BONFIRE's trademarks are and have always been deeply melodic hard rock songs, driven by captivating guitars, grooving rhythms and haunting vocal melodies. All the features that came together so perfectly on their most popular releases "Fireworks" (1987),"Point Blank" (1989) and "Branded" (2011) are present on their current release "Temple Of Lies".

Ziller is just as enthusiastic about his rhythm section consisting of bassist Ronnie Parkes and drummer Tim Breideband ("they seem to have reinvented the groove"),and, of course, guitarist Frank Pané ("one of the most awesome musicians I've ever worked with"). Ziller: "With this lineup, we'll be able to increase the hardness level of our material whenever we feel like it. Numbers such as 'Temple Of Lies' and 'Stand Or Fall' wouldn't have been possible with previous lineups.” 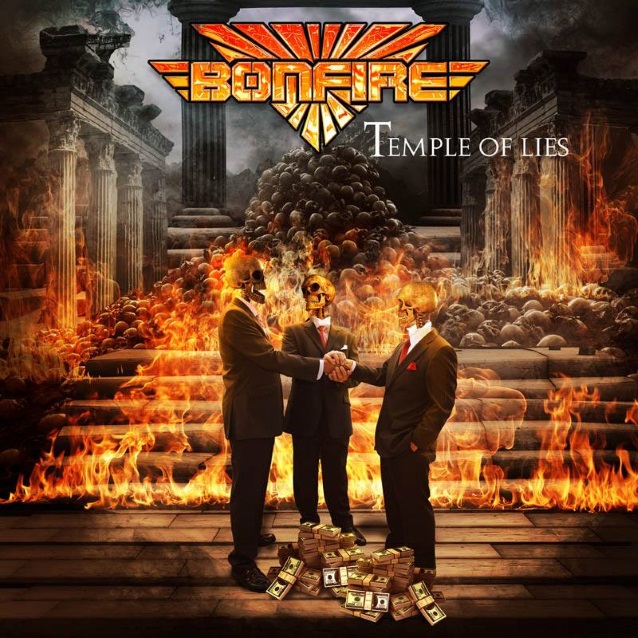