BRAD WHITFORD And DEREK ST. HOLMES: 'Hot For You' Song Available For Streaming

"Hot For You", a brand new song from WHITFORD/ST. HOLMES, featuring the dynamic duo of AEROSMITH guitarist Brad Whitford and TED NUGENT vocalist/guitarist Derek St. Holmes, can be streamed using the SoundCloud widget below. The track is taken form WHITFORD/ST. HOLMES's new studio album, "Reunion", which will be released on June 3.

Joining Whitford and St. Holmes on the road will be bassist Chopper Anderson and keyboardist Buck Johnson, who both played on the "Reunion" album. Filling in on drums for all dates will be Brent Fitz (SLASH FEATURING MYLES KENNEDY AND THE CONSPIRATORS) replacing Troy Luccketta, who will be touring with TESLA at the same time.

"We are very excited to have Brent join us on this run," says Whitford. "Troy is so good, he is just not an easy guy to replace!" "We really needed a guy with the right feel," adds St. Holmes, "Brent brings that with him along with the power that kicks these songs out like they were meant to be. We can’t wait to get out there with him."

Asked how he feels about his new gig, Brent was quick to answer. "I was already excited for the new WHITFORD/ST. HOLMES 'Reunion' record. So, it goes without saying how thrilled I was to get a call from Derek and Brad asking me to step in on drums for the upcoming tour. Playing brand new music with these two legends, and in such a great new band, couldn't be more exciting! I consider them both architects of my own musical makeup, so, of course, I'm looking forward to playing a few of their own classics as well!"

WHITFORD/ST. HOLMES's tour with WHITESNAKE launches on June 3 in Dallas and continues on through Texas, Indianapolis, Ohio, Detroit, Boston and more with headlining dates peppered in between. This leg of the tour will conclude on July 2 with a headline show. The band will also play with LYNYRD SKYNYRD on July 31 at Festival Park in Elgin, Illinois.

It was 1981 when Whitford, who had left AEROSMITH, first teamed up with St. Holmes to release their self-titled debut. Tracks like "Sharpshooter" and "Whisky Woman" carried on the stadium rock and roll style that made them famous. The album received critical acclaim and they did a successful round of tour dates before returning to their respective bands and shelving the duo. Until now!

Recently, the two friends found themselves living in the same town on the outskirts of Nashville. While working on some catch up time, they decided to revamp their collaboration. After writing a number of songs, the duo recruited Anderson, Johnson and Luccketta to record the album. Produced by Whitford and St. Holmes, the album was recorded at The Castle Studios in Franklin, Tennessee.

Whitford and St. Holmes, who have collectively been part of tens of millions of record sales as part of AEROSMITH and TED NUGENT, know the true purpose of their art. "It's hard to believe we first jammed over thirty years ago," states Whitford. St. Holmes adds: "We are excited for this record to get out there, we want to share it with our friends, all those hardcore rock 'n' roll fans… Like our fans and good whiskey, we all seem to get better with age." 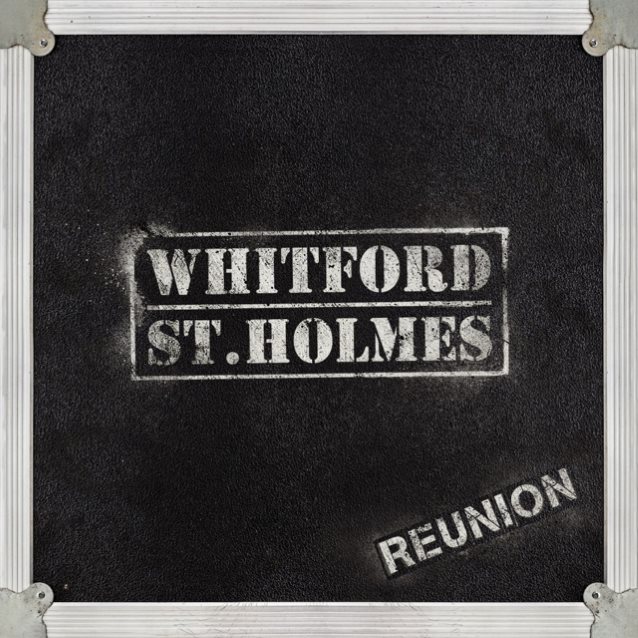