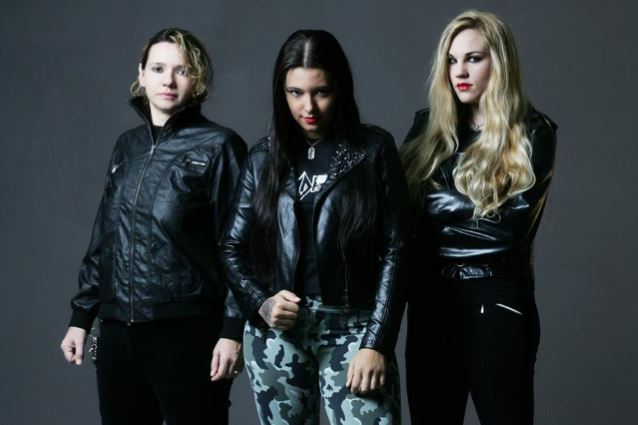 Audio samples of all the tracks that are set to appear on "Agony", the new album from the Brazilian all-female thrash group NERVOSA, can be streamed in the YouTube clip below. Due on June 4 via Napalm Records, the CD was mixed and mastered by Andy Classen.

According to a press release, "Agony" sees NERVOSA "almost effortlessly merg[ing] the energy of the glorious '80s with the refined aggression of this millennium."

Asked by Planet Mosh what the reason is for NERVOSA's "fast success," vocalist/bassist Fernanda Lira said: "I wouldn't say that's success, but I really agree with you that it was fast. It takes years for some bands to get where we are and we are really thankful for that."

She continued: "I have a theory, that metal is always renewing itself; there is always something new. Like, for example, folk metal — when there was the whole boom of folk metal [with] flutes, violins and stuff. So I think everything that's new in metal, in a certain way, catches some attention — positive and negative, of course. But I would say more positive because everything that's new makes people curious about it. And what is quite new in our band is that we are three girls playing thrash metal — you don't see much of that around. I would like to see more; I really like girl power supporters, especially metalheads."

Fernanda added: "I think it's a process. In some years, it's gonna be more natural, because I see more and more girls getting involved, but it's still something new. I think this helped a little. It's not only because we're girls, but it helps getting attention. Of course, the metal scene, metalheads can be very demanding sometimes, so they won't listen to your music just because of the label, for example, 'all-female thrash metal.' It helps to catch attention, but that's not everything. In the end, what matters is the music."

Asked what she would say to those people who say that metal is not for girls, Fernanda responded: "First of all, we don't actually care about it, because we know that it comes from the very few people."

She continued: "You know, having all-female thrash metal band in Brazil, which is a very sexist country, it can be really hard. In the beginning, we had a really hard time, because, of course, there were more positive comments than bad comments, but the bad comments were really bad. People were saying a lots of shit like, 'They're only getting shows because they fuck promoters,' and these kind of things. From there to worse, for example, 'Oh, I've heard that to get shows they send pictures of them naked to the promoters. Can you believe that? [Laughs] You can laugh; it's really stupid."

Fernanda went on to say: "In the beginning, it was it was really hard. I'm very emotional girl and in the beginning I even cried: 'Why the fuck they are saying all this stuff about us? They don't even know me!' But then I noticed that it's just prejudice, you know. We have prejudice, unfortunately — nowadays we still have it everywhere against everything — and it wouldn't be different with us, because it is something new, guys are so machos who think that girls should be in the kitchen and this kind of stuff. The only 'kitchen' I love is bass and drums. [Laughs] But in the beginning, it was hard and I didn't exactly know how to deal with it, but nowadays we just don't give a fuck at all. Sometimes we even laugh, because people can be really creative when they want to say bad things about someone. The best way to deal with that is just don't care. We know that these are just shallow comments, that people are spitting out their rage." 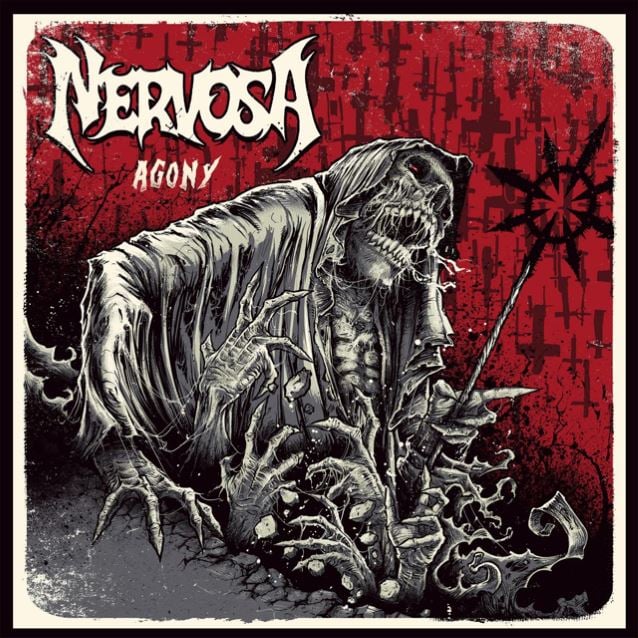