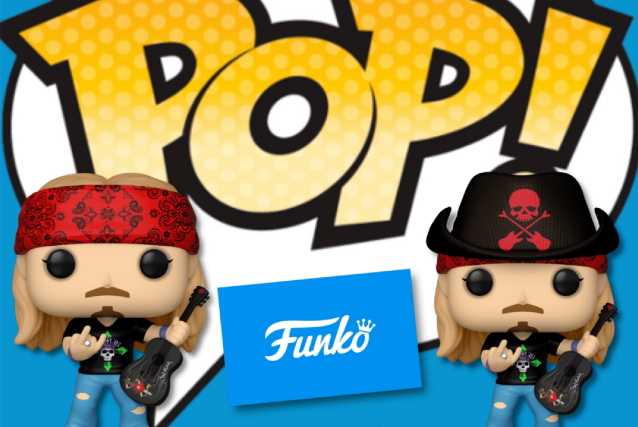 BRET MICHAELS On His FUNKO Pop! Vinyl Figure: 'It's An Honor'

Speaking to Bionic Buzz, Bret stated about the figure (as transcribed by BLABBERMOUTH.NET): "Honestly, it was our good friends here that work with me at Michaels Entertainment Group, [along] with [the licensing agent] Epic Rights — just some really good people. It's a great team effort. And their team approaching us about making the Bret Michaels, they call it the 'iconic' look. I feel like I'm a human Addams Family, a Munster. I'm, like, I look like that every day.

"You know the Munsters thought they were totally normal? The Addams Family? I'm like a Halloween costume that actually looks like this every day," he said.

"Honest to God, it's an honor. And the Funko fanatics, the family of people that I spoke to that collect, that do all this, it was a great experience. And it exploded. So people are excited about it. That's a good thing. And it was awesome."

With consumer demand for Michaels's products always at a high, there will also be a coveted "Chase Pop!" figure, in addition to the planned primary Funko Pop! This unique collectible, sought after by both hardcore Funko collectors and pop culture fans alike, will see an adaptation and inclusion of Bret's signature cowboy hat look.

As Michaels has done with previous brand partners, he remained hands-on throughout the creation and design process with Funko, who collaborated with Epic Rights, the licensing agent.

The public can expect to see Michaels's Pop! Vinyl available at retail outlets beginning in mid-March 2021 to coincide with the singer's birthday on March 15. The limited-edition figures, and the Chase Pops, will also be available directly on ShopBretMichaels.com. Michaels's online store will also be the only place to find gift bundles, including Bret's bestselling book "Auto-Scrap-Ography", as well as personally signed figurines which are sure to create a collecting frenzy for an even more limited version of the highly desired Pop! Vinyl. 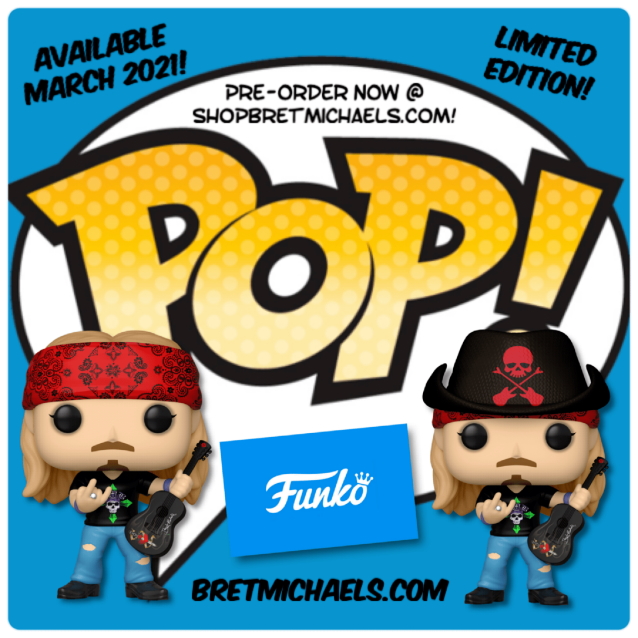 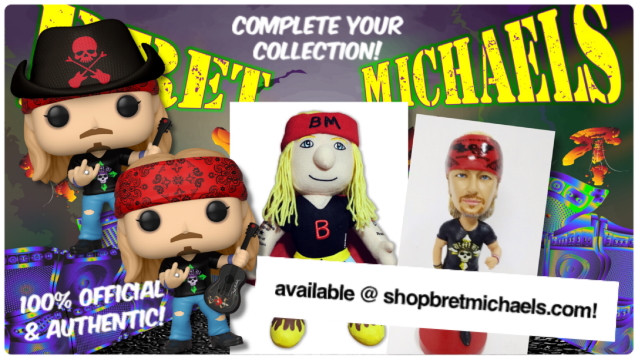