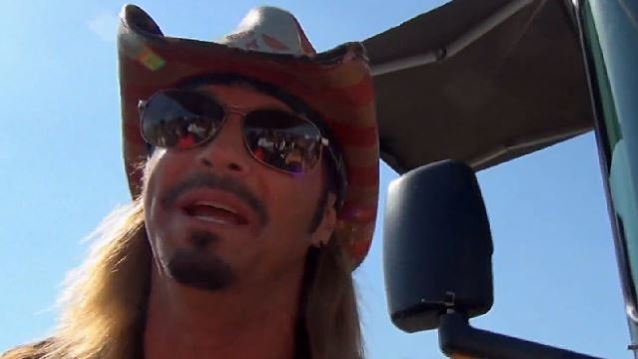 BRET MICHAELS On POISON: Next Year 'Is Gonna Be The Biggest Reunion Ever'

Asked about POISON's plans for 2015, Michaels said (see video below): "With POISON, next year, if everything goes awesome, is gonna be the biggest reunion ever. It's gonna be great. C.C. [DeVille, guitar], Bobby [Dall, bass], Rikki [Rockett, drums], myself — all original [members] — we're gonna take it out there on the road and it's gonna be an unbelievable summer."

POISON played a private gig last month and has another scheduled for January.

Rockett — who has been keeping busy playing in DEVIL CITY ANGELS alongside former L.A. GUNS guitarist Tracii Guns, bassist Eric Brittingham (CINDERELLA) and vocalist/rhythm guitarist Brandon Gibbs (CHEAP THRILL) — recently told the "92 Minutes Of Hair With Mel" show on the Las Vegas, Nevada radio station KOMP 92.3 about rumors and speculation about a possible rift within POISON, particularly as it relates to him and Bret Michaels: "Actually, there's nothing wrong within the band that I'm aware of — I mean, unless something happened and nobody told me.