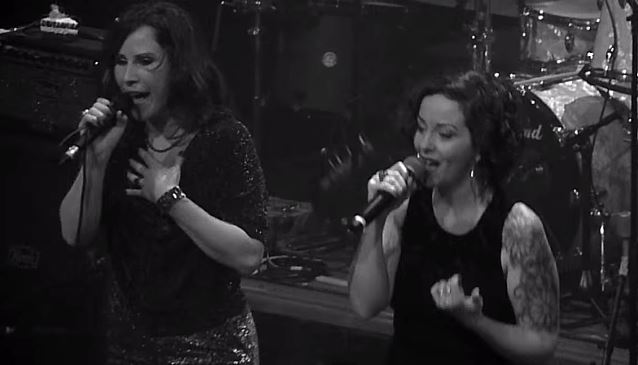 On Sunday, November 9, Dutch/Norwegian rockers THE GATHERING celebrated their 25th anniversary with a one-time special show at the beautiful new Doornroosje venue in Nijmegen, the Netherlands.

All past and present members of THE GATHERING — from 1989 until 2014 — appeared on stage and performed in this unique show together.

Hans Rutten, one of the original THE GATHERING members who is still in the band, said prior to the gig: "After 25 years of diving into the unknown, making music from the heart and trying to renew ourselves, we are very happy to be able to celebrate this with all past and present bandmembers. It is a unique gathering and we feel blessed and privileged. We have made a lot of friends all over the world throughout the years and we hope to share this evening together."

The following musicians took part in THE GATHERING's 25th-anniversary concert:

THE GATHERING's tenth studio album, "Disclosure", was released in September 2013 via the band's own Psychonaut Records. The CD cover artwork was created by the Chilean artist Carlos Vergara Rivera.

THE GATHERING's previous album, "The West Pole", was released in North America on June 2, 2009 via Season of Mist. The CD was issued in most of Europe on May 4, 2009 via the group's own label, Psychonaut Records.

"The West Pole" marked the recording debut of new THE GATHERING singer Silje Wergeland, who was previously in the Norwegian band OCTAVIA SPERATI. 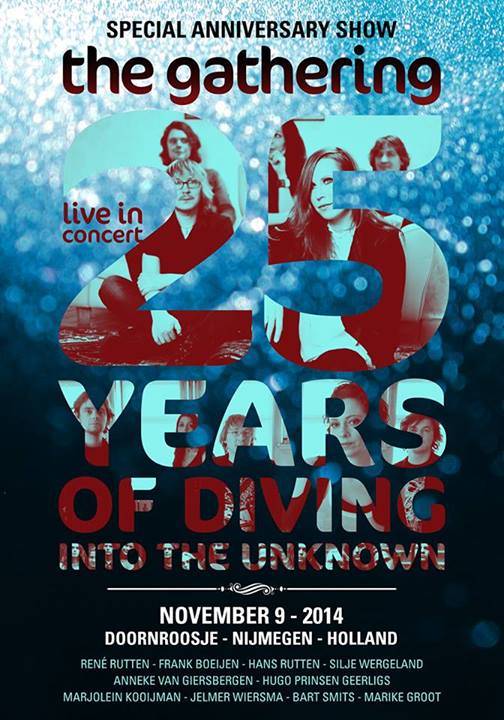