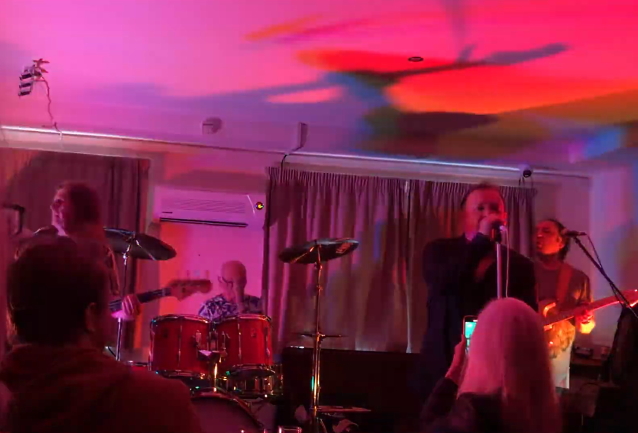 Brian Johnson's pre-AC/DC band GEORDIE has returned with a revamped lineup, now featuring singer Terry Slesser, and a new single, "Red, White & Blue". The track, which marks GEORDIE's 50th anniversary, was written by original guitarist Vic Malcolm (now resident of Cyprus) and is a precursor for a new GEORDIE album that's been in progress for some time.

It was while visiting lifelong friend Vic that Slesser — former singer of BACK STREET CRAWLER — laid down some vocals with Vic for an impromptu project that has now morphed into what will likely be a swan song GEORDIE album of typical rocking tracks from Malcolm.

Regarding how he came to be involved with the new GEORDIE, Dawson told VWMusic: "I'd known Tom for about 20 years, since I was in THE ANIMALS in the '90s. Brian [Gibson] had moved down to the Cambridge area in the '80s and settled there, so I didn't meet him until the band reformed in 2017. When the agent who used to book THE ANIMALS asked me what the GEORDIE boys were up to in 2017, I approached Tom, who in turn approached Brian [Gibson] to propose having another bash. We got together with a singer called Mark Wright, who ironically was from Lancashire, and it sounded really promising, so we decided to pursue it."

Dawson also confirmed that Vic was approached to take part in the reunion but "decided he couldn't commit to live work because of health reasons. He also lives in Cyprus, which complicated matters. However, he's still very much on board with regard to writing and recording, which is a bonus because he's a great writer."

Dawson also talked about Slesser's addition to GEORDIE, saying: "When Brian [Johnson] joined AC/DC, he was singing in the North East working men's clubs with a lineup that was basically his version of GEORDIE at the time. Tom and Brian's [Gibson] version featured a great singer called Rob Turnbull. Anyway, [Brian's] lineup, now in need of a replacement, recruited Terry in order to continue. However, they changed their name to THE DUDES, as the GEORDIE name seemed redundant without Brian [Johnson]. They were doing cover versions anyway. Incidentally, this was not the first time Brian [Johnson] was filled in for. Dave Ditchburn guested on the 'No Good Woman' album. He didn't replace Brian though. However, Tom Hill and Brian Gibson had left by then and weren't on that album. A few years later, Tom, Brian Gibson and Vic would reform GEORDIE with Rob Turnbull on vocals, and Dave Stephenson on second guitar. I guess that makes Rob the first official replacement for [Brian]."

Regarding GEORDIE's influence and importance, Dawson said: "GEORDIE's original chart success coincided with the glam rock era of the early '70s. However, anyone listening to the albums can tell that they are a good old classic rock band, just like SWEET if you took Chin and Chapman out of their equation. When I play with the band on stage, it's very evident to me that the songs are grabbing the audience from the get-go. It's catchy, it's rock and roll, it's fun and it's hard-hitting. It's very enjoyable to play. They carved their place in the cornerstone of rock music, and although maybe not as pronounced as [LED] ZEPPELIN, [DEEP] PURPLE, AC/DC, etc., it was nevertheless significant. Sadly, the band dropped off the radar for a long time, which has made the journey back especially arduous, compared to other bands who never stopped. We will prevail, though; it's too good not to."

GEORDIE will appear at select festivals in 2023, including the Newday festival in Kent. 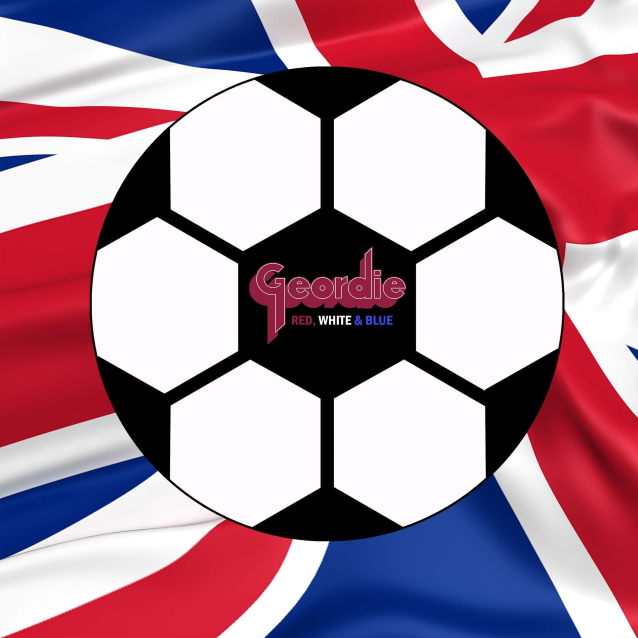