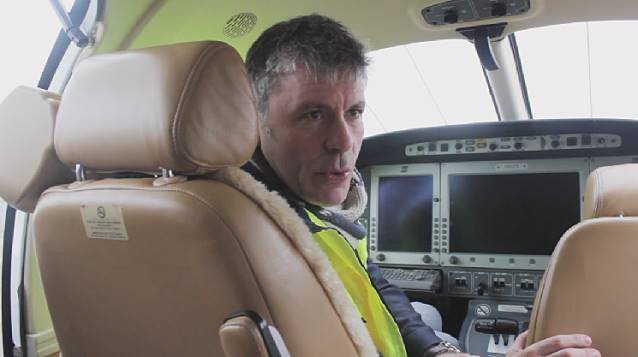 Fans attending U.K.'s Sonisphere festival on Saturday, July 5 witnessed The Great War Display Team, a group of pilots which included IRON MAIDEN vocalist Bruce Dickinson among its illustrious members, staging a spectacular 12-minute air display in the skies above Knebworth at approximately 6 p.m. This unique and audacious "dogfight" commemorated the 100th anniversary of The Great War; a 21st-Century tribute to the daring — and often downright dangerous — exploits of both the English and German pilots who ruled Europe's skies between 1914 and 1918. The show featured nine aircraft of five different types, all exact replicas of the planes used in WW1 combat. Bruce flew his very own Fokker Dr1 Triplane, the same model used by infamous German flying ace Manfred von Richthofen, a.k.a. The Red Baron. Also from the German side there was a Junkers CL1. Of the British planes in the show, there was a Sopwith Triplane, a BE2c and a SE5a. The other members of this elite team alongside Bruce were Alex Truman, Dan Griffith, Dave Linney, Ernie Hoblyn, Gordon Brander, Matthew Boddington, Peter Bond, Richard Piper, Vic Lockwood and Will Greenwood.

Video footage of yesterday's air show can be seen below.

The Great War Display Team performs re-enactments throughout the U.K. and rest of Europe and is proudly sponsored by IRON MAIDEN's very own Trooper beer.

When the air show was first announced at the end of May, Bruce said: "The air show over Sonisphere is something I'm really excited about and we're determined to put on an unforgettable display for everyone.

"We're planning an extravaganza of derring-do, especially when you consider the manoeuvres we'll be performing are all based on true-life battles from a hundred years ago!

"What some of these fighter pilots achieved back then was nothing short of miraculous given the conditions they were working under and the seriousness of what was at stake.

"We hope to stage a memorable display which is equally entertaining and poignant, celebrating not only the bravery and heroics of all the pilots involved but remembering the sacrifices made on both side.

"Having been brought up on Biggles, to the horror of my English teachers, the chance to fly a Fokker triplane Dr1 was second only to owning a Sopwith Camel.

"A share in a Bucker Jungmann and a conversation with Great War team manager Gordon Brander led to a chance to buy a superbly constructed full size replica of the iconic German fighter. Built by the late John Day, I intend to display the aircraft with the team in commemoration not just of the Great war, but also as a tribute to one of the U.K.'s premier engineer/builders."

Sonisphere organizer Stuart Galbraith added: "We all got very excited when IRON MAIDEN approached us with this idea. It's going to be a truly unique experience and tribute for everyone at Knebworth. We've made sure we were able to squeeze a gap into the outdoor stage program on July 5 so that it has the impact it deserves."

After the air show, Bruce returned to solid ground to get ready for MAIDEN's headline performance that night, on the final date of their "Maiden England" world tour. 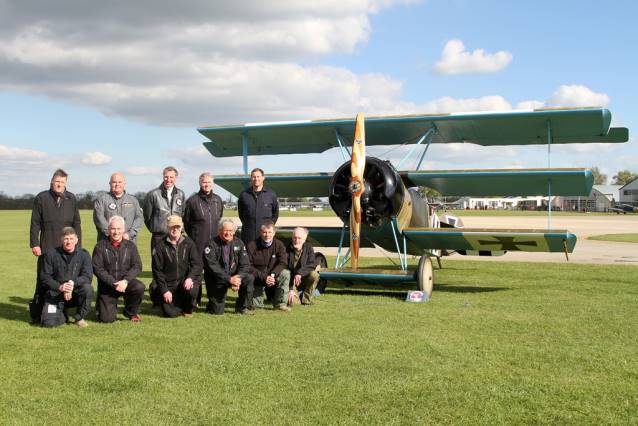