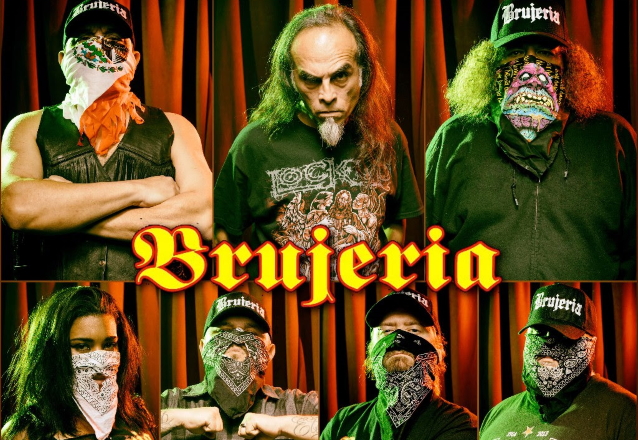 Extreme metallers BRUJERIA have announced their "Raza Odiada West America Tour 2022". The 18-date Southwest trek will kick off on April 26 in Mesa, Arizona, and make stops in Albuquerque, Dallas, and Tucson before concluding on May 15 in Palmdale, California. Support on the tour will come from GOATWHORE and UNIDAD TRAUMA.

General admission tickets for the tour are now on sale.

In June 2020, BRUJERIA released a digital single, "COVID-666", via Nuclear Blast Records. It was accompanied by a quarantine-style music video for the title track, directed by Juan Brujo.

BRUJERIA's most recent album, "Pocho Aztlan", was the band's first release since "Brujerizmo" came out in 2000 via Roadrunner. It was recorded over the course of many years and at several studios around the globe. The end result was mixed by Russ Russell (NAPALM DEATH, THE EXPLOITED).

The "Pocho Aztlan" title translates to "Wasted Promised Land," a combination of Aztlán, the fabled ancestral home of the Aztecs, and the term pocho, which native Mexicans use to refer — not always kindly — to their counterparts born in the States. Frontman Brujo himself is a pocho, a man caught between two worlds. Many pochos are not exactly accepted with open arms in Mexico. Meanwhile, they're too often regarded as second-class citizens in their adopted U.S. home. Brujo has transcended both scenarios through the power of BRUJERIA's uncompromising grindcore and death metal. His all-Spanish lyrics are as vivid as they are effective: Bona fide tales from the frontlines of the drug war, the racial divide, and the battle for the border. "A lot of BRUJERIA songs are true stories," Brujo said. "And if they haven't happened yet, they will happen."

In a 2017 interview with Myglobalmind, Brujo stated about Donald Trump's proposed wall along the U.S.-Mexico border: "Well, things like that wall get me going, because it gets people to hate again. For the last 15 to 20 years, the hate was low. It was disappearing. Then Trump comes along, and everybody hates everybody. The blacks hate the whites, people driving cars on sidewalks, killing anti-fascist people. All that came back. I'm old enough to know what it was like in the '60s and '70s, and I see it coming back so fast."

He continued: "I lived in the Los Angeles area my whole life, so I've seen it from the hippies all the way to now, and it got BRUJERIA active again. It gets me mad. I might end up in jail sooner or later, but it's all good." 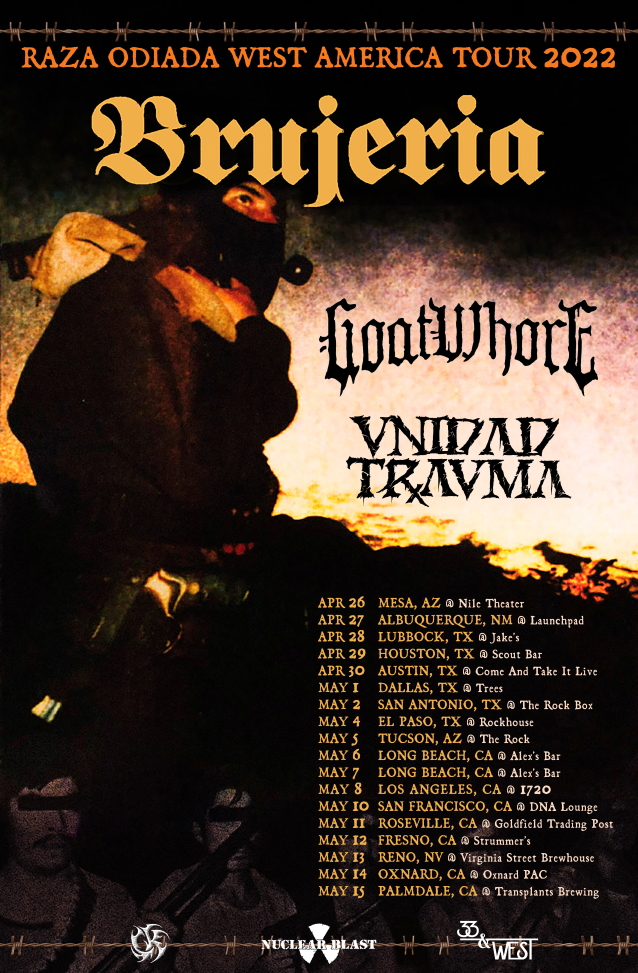