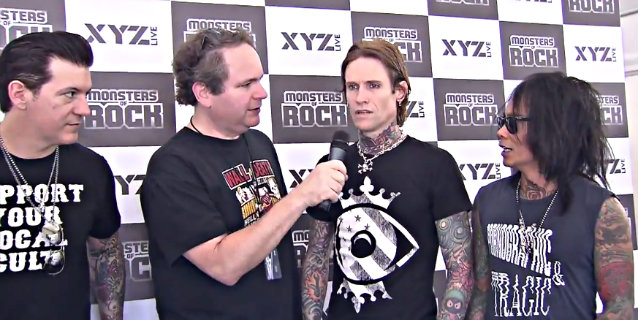 New York radio personality and VH1 Classic "That Metal Show" co-host Eddie Trunk conducted an interview with BUCKCHERRY before the band's October 20, 2013 performance at the Monsters Of Rock festival in São Paulo, Brazil. You can now watch the chat below.

BUCKCHERRY announced in October 2013 that it had parted ways with its longtime bassist Jimmy Ashurst.

A new BUCKCHERRY compilation, "The Best Of Buckcherry", came out on October 29, 2013 via Eleven Seven Music.