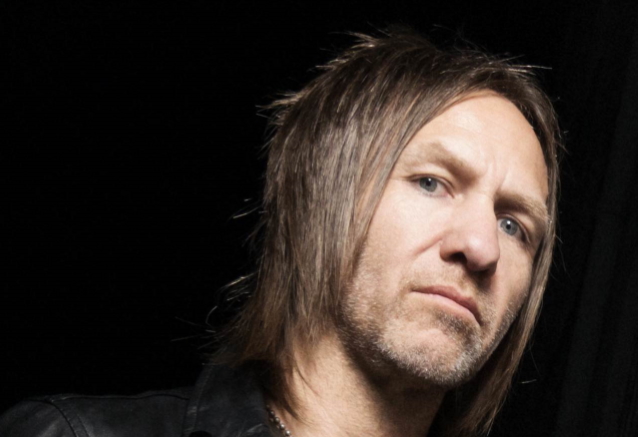 BUCKCHERRY has recruited JETBOY's Billy Rowe (pictured) as its new guitarist. He joins the group as the replacement for Kevin Roentgen, who left BUCKCHERRY in July.

Roentgen, who joined the California-based band in 2017, made his exit official in a social media post earlier this week. He wrote: "Bottom line, I made this decision to come off the road and spend more time with my family. The guys understood this, and for that I'm thankful. Though my wife and daughter always one hundred percent supported me in this gig, they are quite happy now to have me home."

Roentgen joined BUCKCHERRY as the replacement for original guitarist Keith Nelson. He can be heard on BUCKCHERRY's latest album, "Warpaint", which was released in March 2019 via Century Media/RED Music. The 12-song record was produced by Mike Plotnikoff, whose previous collaboration with the band was BUCKCHERRY's multi-platinum third album, 2005's "15".