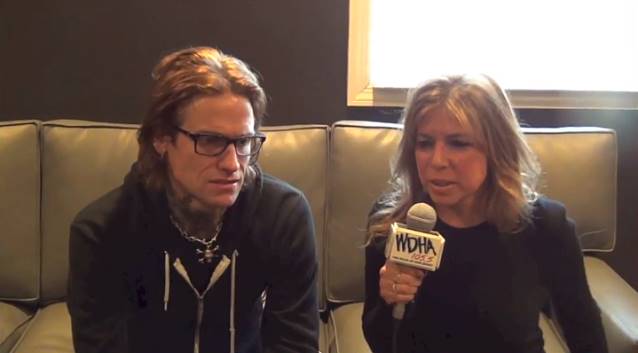 Singer Josh Todd of Californian rockers BUCKCHERRY was interviewed by Terrie Carr for the latest edition of "Box Of Rock" on WDHA-FM 105.5 FM, the rock music station licensed to Dover and Morristown, New Jersey. You can now watch the chat below.

BUCKCHERRY has completed work on a new EP that will follow up last year's "Confessions" album. Todd revealed the news in an interview with PopCultureMadness.com, saying, "We just made an EP that we're gonna be releasing in the spring that we're really excited about. I don't wanna give it away yet, but there's definitely a theme to this EP, and if you're a BUCKCHERRY fan, it's a must-have. So it's really cool, and probably one the funnest times I've had writing songs."