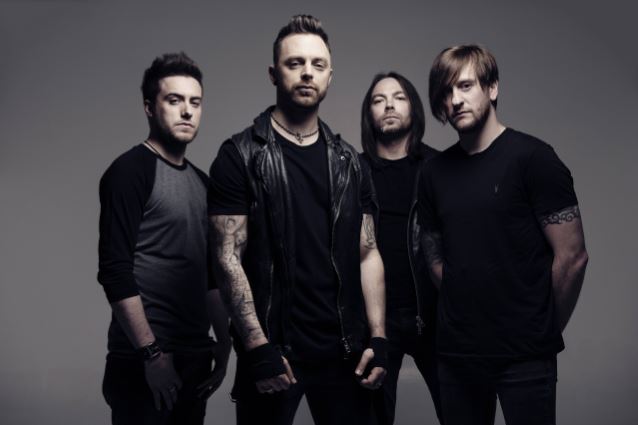 BULLET FOR MY VALENTINE Begins Work On Sixth Album

Welsh metallers BULLET FOR MY VALENTINE have commenced work on material for their sixth album, tentatively due before the end of the year. The disc will be released through the band's new label home, Search And Destroy, the imprint launched in 2014 by Spinefarm and international artist management company Raw Power Management.

BULLET FOR MY VALENTINE's latest song, "Don't Need You", was released as a standalone single last November. Guitarist/vocalist Matt Tuck told Morgan Richards Interviews about the track: "The creative juices never stop, really; it's just getting opportunities during a touring cycle to put them down. So that three-week window that we had before we recorded 'Don't Need You' was the only time we had off this year where we were able to do anything. So, yeah, the creative juices never turn off; it's just finding the time to capture them and release them, let alone just demo them somewhat. But we had three weeks, we knew the tour was coming up, we thought, 'Let's do something cool to get everyone excited and refresh the vibe.'"

BULLET FOR MY VALENTINE drummer Michael "Moose" Thomas took a temporary leave of absence from the band last year to spend time with his wife, as they awaited the birth of his first child. He has since been replaced on the road by Jason Bowld (PITCHSHIFTER, AXEWOUND).