"The Poison To Venom" is a 200-page photographic book by photographer James Sharrock on his time documenting BULLET FOR MY VALENTINE from 2005 to 2015. James is raising funds through Crowdfunder to do a limited print run of 1000 editions of the book. This is the only place you'll be able to grab the book in this format, making it a true collectors edition.

Sharrock says: "As a music photographer, COVID-19 resulted in the loss of my income. The music industry has ground to a halt for 12 months, meaning I've had none of my regular work, but it's given me the time to go back through my archives which gave me the idea for this project that I'm really excited to share with you.

"I met BULLET FOR MY VALENTINE in 2005. I had just moved to London from Australia to shoot for Kerrang! magazine. One of my first shoots was for a news feature with a new band from Wales who were clearly going places. The guys had just finished recording 'The Poison' and they were just getting started. I didn't know it, but I was shooting one of the U.K.'s most successful metal bands since IRON MAIDEN.

"Between 2005 and 2015, I shot many features and we traveled the world together. I even directed two music videos — for 'Raising Hell' and 'Army Of Noise'.

"'The Poison To Venom' documents two stories: the story of a band, and a story about people. I was a witness to BULLET's incredible rise to fame — from tiny venues to top billing at festivals to magazine front covers. It was a rollercoaster, and I hope the book brings fans along for the ride they went on during this time. I also saw BULLET's transformation from young, hopeful metalheads to globally recognized stars. We hit Siberia, Colombia and everywhere in between. It was an incredible journey, and I'm excited to share it with you and all the BULLET fans across the world.

"With the help of some of the best art directors in the magazine world, I'm making two versions of 'The Poison To Venom' — a standard and a deluxe boxed version. It's a little different to any other music photography book you've seen before. Designed with the fans in mind, pages can be removed without damaging the book itself. There will be a bunch of extras in various deluxe boxed versions which you can see [here] once the crowdfunder campaign launches."

Introduction from BULLET FOR MY VALENTINE frontman Matt Tuck: "I've known James for the best part of 15 years now. We first crossed paths in 2005 doing one of our first big press photo shoots for Kerrang! magazine in London. We called him the 'yaaarrrr!' guy, cos he would always do this crazy pirate noise to try and make us smile during the shoots when all we were trying to do was look cool and as metal as fuck. He would always get us in the end!!

"It was always a lot of fun doing shoots with James as he was easy to hang out with, calming, polite, creative and very funny.

"James was part of the very early years of BFMV capturing us on and off stage and watching the rapid rise of a band who didn't even see it coming. Those early days were so special in so many ways and to have those memories in picture form are so priceless, we were just young guys living in the moment and enjoying every second of it.

"As the years have passed, we've had the pleasure of working with James all over the world from rocking the biggest arenas in Europe, riding the subways of NYC and drinking cocktails and partying at five-star Colombian hotels and all were great times. He directed two music videos for us for 'Raising Hell' and 'Army Of Noise'.

"Cheers to you James and thank you for capturing us and being part of the journey. To everyone reading this, enjoy the ride! 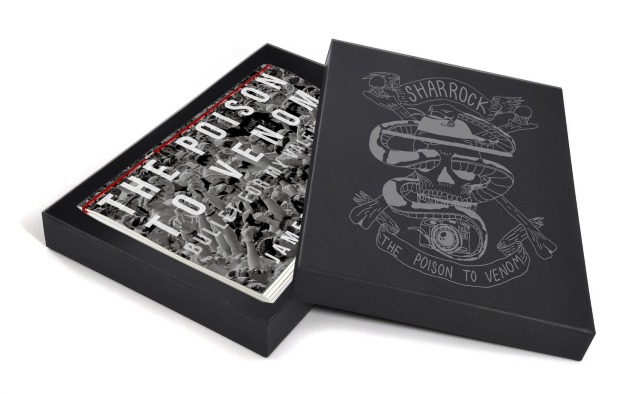