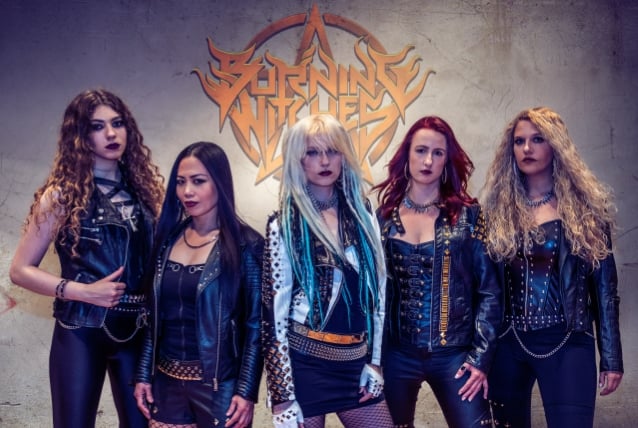 The official lyric video for "Open Your Mind", the latest single from the Swiss all-girl heavy metal outfit BURNING WITCHES, can be seen below. The song is taken from the band's second album, "Hexenhammer", which will be released on November 9 via Nuclear Blast Records. The disc was produced at the Little Creek Studio in Switzerland by the same team as its predecessor: V.O. Pulver (PRO-PAIN, DESTRUCTION, NERVOSA, PÄNZER) and DESTRUCTION frontman Schmier, who helped and advised as a close friend of the band.

The band comments: "We are very proud to present our lyric video for the track 'Open Your Mind'. The song delivers a message for all of us: don't let fear and anger control your life. We all should stand together in this time, when racism is about to grow again. We should remember that we are all the same. Open your mind, open your heart, and try to remember how to cry."

Gyula says: "It is not too easy to make a 'metal' cover when the main character and focus is an attractive woman. It is much easier to create gory images with monsters or devils for me. But I remembered that my first original casette was the WARLOCK 'Triumph And Agony' album, so I felt very motivated to incorporate both of those aspects: some black magic and some beautiful ladies. I got some instructions and a sketch from the band — so I painted the witch and the altar first as a main focus and everybody loved the character and the feeling of the image. When I added the ghost images of the girls, it all aligned into a dark magic artwork with beautiful ladies."

BURNING WITCHES was founded during spring 2015 in Brugg, Switzerland, by guitar player Romana Kalkuhl. It has always been her big dream to perform with a women's heavy metal band on stage. 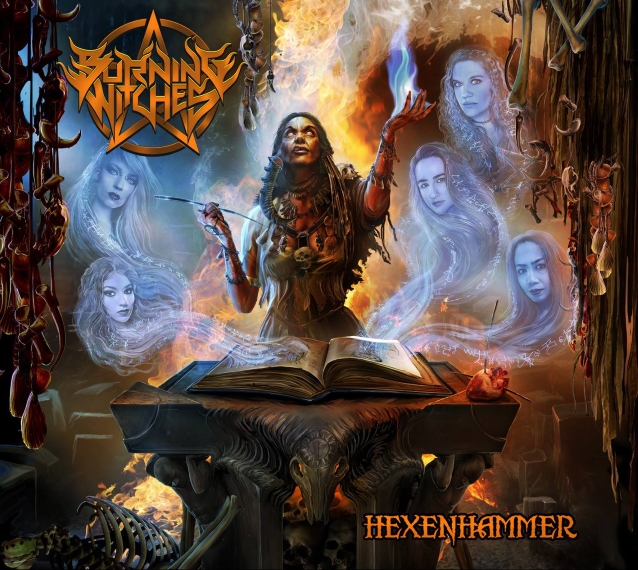