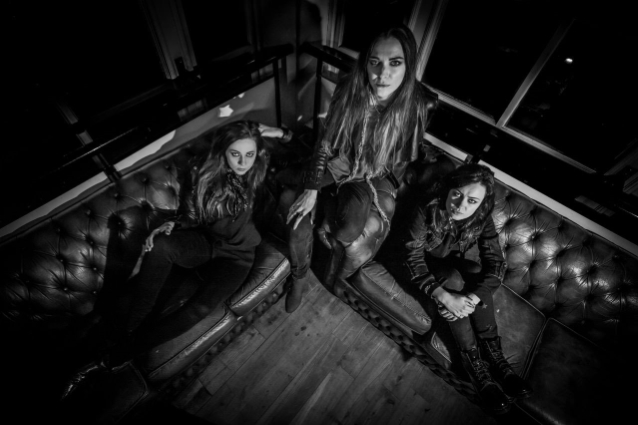 THE AMORETTES: Lyric Video For 'Born To Break' Title Track

Scottish all-female hard rock trio THE AMORETTES has released the official lyric video for the title track of its latest album, "Born To Break". The clip was created by Andy Pilkington at Very Metal Art.

"'Born To Break' is the title track from the current album," says guitarist/vocalist Gill Montgomery. "and it's consequently what inspired the overall theme of the entire album."

The third single from the U.K. Top 40 hit album, "Born To Break" draws on a range of personal experiences. During the writing process, Montgomery was able to bring some of her most diverse songs and creative writing to the fore.

"Everyone goes through crap in their life," she says, "and for me, this is a song about having the resilience to battle through the tough times that life throws at you, and the strength to focus on the positives in life, which should be celebrated."

"Born To Break" was released in April via Steamhammer/SPV. The disc was produced by Luke Morley of U.K. arena rockers THUNDER and recorded and mixed by Nick Brine (THE DARKNESS, BRUCE SPRINGSTEEN).

THE AMORETTES will be on tour across the U.K. this November and December. 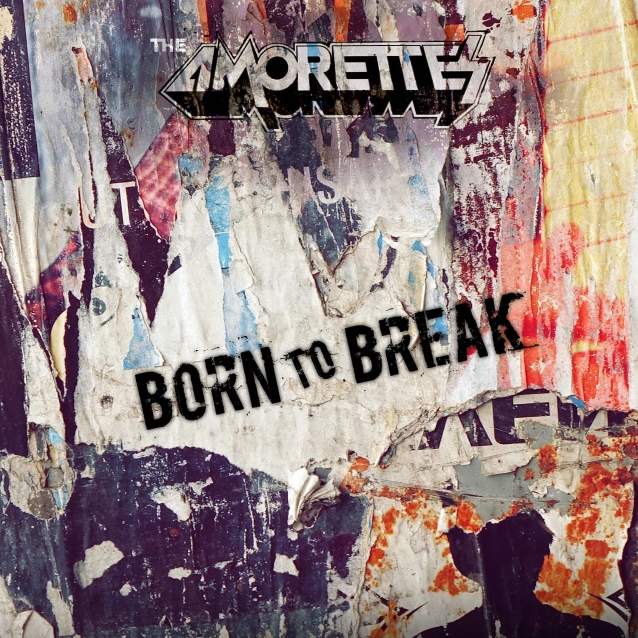