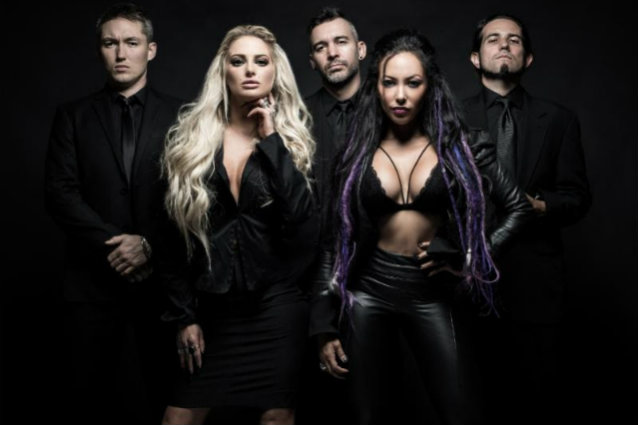 Los Angeles-based metal quintet BUTCHER BABIES will return to Europe in February and March 2018 to crush stages and eardrums with its vicious live performances and explosive energy.

BUTCHER BABIES' third album, "Lilith", was released on October 27 via Century Media. The follow-up to 2015's "Take It Like A Man" was produced by Steve Evetts (THE DILLINGER ESCAPE PLAN, SEPULTURA, SUICIDE SILENCE) and marks the band's recording debut with new drummer, Chase Brickenden, who replaced Chris Warner last year.

Co-frontwoman Carla Harvey told Meltdown Of Detroit's WRIF radio station that the music on "Lilith" "runs the gamut" from "great thrash metal" to "a little bit of '90s influence." She said: "We're singing, we're screaming and it's just a great, great album. I couldn't be prouder of it. I think there's four songs where we do predominantly singing on it. And normally that would scare even me, 'cause I'm, like, 'I'm a metal girl! I don't wanna be singing.' But it's so beautiful — it really is. So it's kind of ballady, but not too ballady. It's very dark, sensual — the lyrics are very sensual on this album." 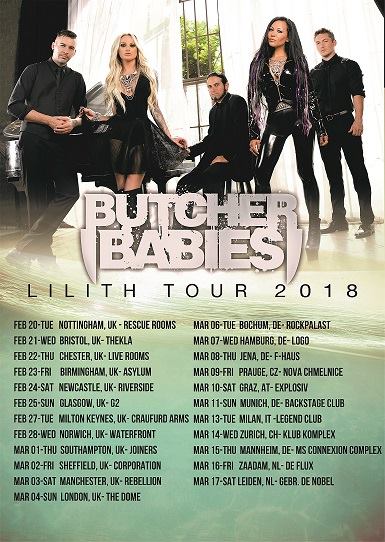