"From beginning to end, 'Killin' Time' is a relentless groove-infused face melter that is guaranteed to give you bang-over," says BUTCHER BABIES guitarist Henry Flury. The single, out today, was inspired by the DC Comics character Lobo, a heavy metal bounty hunter. It was recorded by Matt Good (FROM FIRST TO LAST) and will be featured on BUTCHER BABIES' upcoming independently released EP alongside recently released singles "Last Dance", "Yorktown", "Sleeping With The Enemy" and "Bottom Of A Bottle" (feauturing Andy James).

"I can't think of a better song to release the day before we hit the road on our first tour in over two years," exclaims BUTCHER BABIES co-vocalist Carla Harvey. "It's killin time, baby…in more ways than one!! As a lifelong comic book aficionado, it was so much fun to write a song based on one of my favorite characters, the bounty huntin' space cowboy himself, Lobo. When Heidi [Shepherd, co-vocalist] and I were penning the lyrics we thought, are we really writing a song about a Bastitch on a Spaz Frag? Hell yes, because just like Lobo, we like a good time. It was also a cool new experience for us to throw another singer in the mix for this one! Craig Mabbitt's screams add another level to this banger…enjoy!"

"HOLY FRAGG, SPACE HOG!," shouts Shepherd. "We are fraggin' stoked to bring to you our latest banger, 'It's Killin' Time, Baby!' inspired by the main man himself, Lobo! This bounty hunter, biker has a way of stealing even the blackest of hearts. Between breaking legs and breaking hearts, Lobo embodies the heavy metal attitude we all need in 2021!

"We were so lucky to have our buddy, the very talented Craig Mabbitt from ESCAPE THE FATE and DEAD RABBITS, join us in this jam! Our incredible producer, Matt Good, brought this comic-themed dream to life and we CANNOT wait for you to hear it and then rock it LIVE in the pit!!"

Mabbitt commented, "Thank you to the BUTCHER BABIES for including me in this awesome track, and for introducing me to Lobo!!"

BUTCHER BABIES will embark on their first tour since the pandemic with a headlining run starting tomorrow, Saturday, August 28 in West Virginia at Metal In The Mountains festival and lasting until October 8, including stops at Rocklahoma, Louder Than Life and Aftershock festival. The "Butcher Babies Vs. Goliath" tour will see the band perform their 2013 debut album "Goliath" (Century Media) in its entirety along with fan-favorites and new previously unheard music. The fully female-fronted lineup will include support from INFECTED RAIN and STITCHED UP HEART, with KALEIDO also appearing on select dates.

For over a decade, BUTCHER BABIES have been crushing stages worldwide with their vicious live performance and explosive energy. Their stage presence is a hypnotic spectacle that leaves audiences hungry for more as they've displayed on tours among the likes of MEGADETH, ROB ZOMBIE, MARILYN MANSON, FIVE FINGER DEATH PUNCH, DANZIG, IN THIS MOMENT, HOLLYWOOD UNDEAD, CRADLE OF FILTH, BLACK LABEL SOCIETY and many more.

Hailing from the City of Angels, BUTCHER BABIES have released two EPs and three albums to date, with their latest 2017 LP, "Lilith", debuting at #1 on iTunes Metal chart and #7 on iTunes Rock chart. 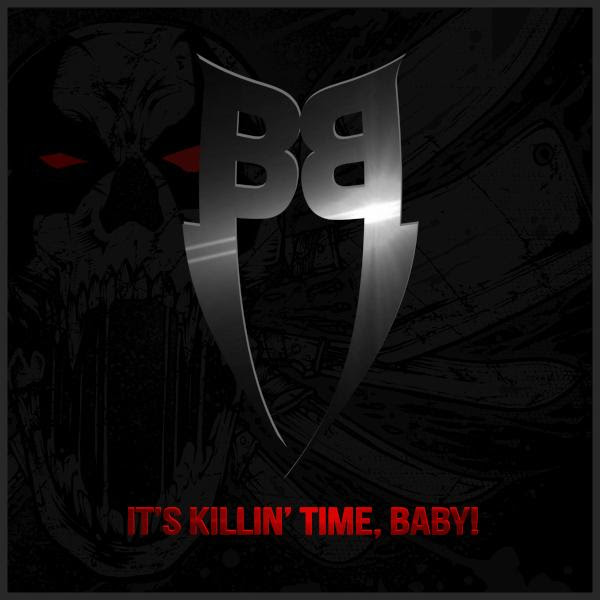