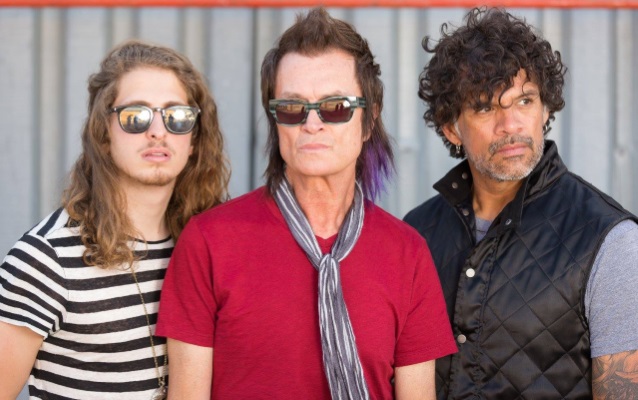 CALIFORNIA BREED members Glenn Hughes and Andrew Watt have chosen Joey Castillo (QUEENS OF THE STONE AGE, EAGLES OF DEATH METAL) to play drums for the band for all upcoming dates when it became clear that Jason Bonham's professional commitments would prevent him from being able to tour with the group.

CALIFORNIA BREED will support ALTER BRIDGE in the U.S. before heading to Europe and will close out the run supporting Slash featuring MYLES KENNEDY AND THE CONSPIRATORS on their five U.K. arena dates.

Says Hughes: "We're just excited to play live, to tour, to be in front of and with our fans.

"We're very proud of our debut record and we can't wait to share it, live and loud, with you."