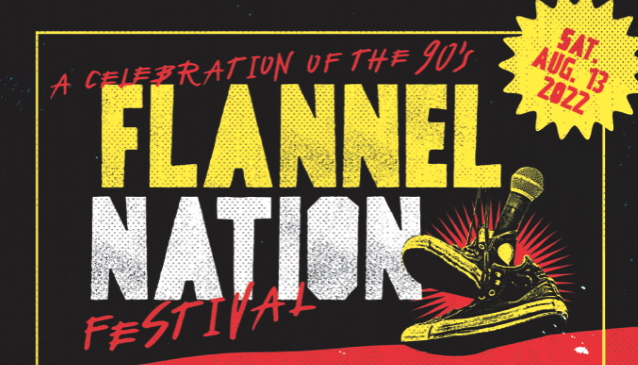 The Flannel Nation music festival, which was set to take place August 13 at the Port of Los Angeles in San Pedro, California, has been canceled. Among the artists which were scheduled to perform at the event were EVERCLEAR, FILTER, CANDLEBOX, SOUL ASYLUM, CRACKER, FASTBALL, SPONGE, STAR ZERO, X WIRE and SUGAR RAY.

EVERCLEAR, FILTER and CANDLEBOX initially announced that they were dropping out of the event, with EVERCLEAR citing "[in]adequate means to provide the level of experience our fans expect and deserve while attending an EVERCLEAR show."

The festival organizers later said that the entire event was being called off, saying in a statement: "We regret to announce that due to ongoing problems and logistical setbacks, putting on Flannel Nation as intended has become infeasible, therefore we are forced to make the tough decision to cancel this weekend's event. Our goal is to retool and reschedule the event and tickets will be honored for the new date when announced."

On August 5, Flannel Nation announced it was changing venues, though the fest was still supposed to be held at the Port Of Los Angeles in San Pedro on August 13.

When Flannel Nation was first announced in March, promoters invited fans to enjoy "a day of live music with some of the era's top bands, tons of delicious food trucks, craft beer, full bar, and lots of retail vendors for shopping."

Flannel Nation was being organized by Sell Out Productions, who is also behind the punk and rockabilly-driven So Cal Hoedown at the same San Pedro venue.

We regret to announce that due to ongoing problems and logistical setbacks, putting on Flannel Nation as intended has...