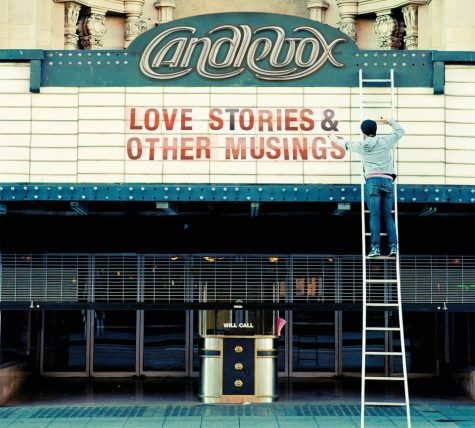 LocalBozo.com recently conducted an interview with CANDLEBOX guitarist Peter Klett. You can now listen to the chat below.

CANDLEBOX is set to hit the road this spring in support of its first studio album in nearly four years, "Love Stories & Other Musings". The first leg, covering 22 cities, launches on April 7 in Pensacola, Florida.

Produced by Ken Andrews (PETE YORN, A PERFECT CIRCLE, TENACIOUS D, BECK),"Love Stories & Other Musings" features nine new tracks and five bonus tracks, re-recordings of some of the band's biggest hits, including "Far Behind" and "Cover Me".

The enthusiasm for this new record is not just reserved for the fans, "Years ago I read something that changed the way I look at EVERYTHING! It struck so deeply that I have never forgotten it. It simply stated, 'without music, life would be a mistake,'" says CANDLEBOX lead vocalist and co-founder Kevin Martin. "I've never forgotten it, even when I was struggling to find a song or a melody it kept me searching and frankly I could not imagine my life without it [music]. This record for me is no mistake, it is our music and our love for what a great gift we have been given. 'Love Stories & Other Musings' is a new direction for us and I couldn't be happier to share it with our fans."

"I haven't felt this way about a release from CANDLEBOX since our first record. The feeling for this record is both refreshing and stimulating," adds Peter Klett. "I can't be more excited to release this music to the fans who have been with us for so long."

After signing to their new label AudioNest, CANDLEBOX are carving their own role in today's modern music scene, thanks to the support of their loyal fans. They have spent much of the past five years playing Stateside and abroad for troops and appearing at festivals on multiple continents.

"Love Stories & Other Musings" was released on April 3. The official lyric video for the CD's first single, "Believe In It", can be seen below.

"Believe In It" lyric video: