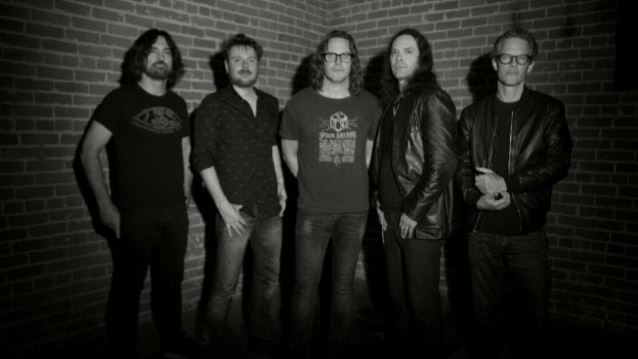 CANDLEBOX, the influential rock band from the powerful '90s Seattle music movement, returns with its long-overdue sixth album, "Disappearing In Airports", on April 22 via Pavement Entertainment. The CD showcases the group's introspective and poetically candid songwriting with their signature musical immediacy.

The official lyric video for the first single, "Vexatious", can be seen below.

"Disappearing In Airports" will be available on all digital platforms (iTunes, Amazon, YouTubeRed, Spotify, Pandora, Apple Music) and is distributed by MRI/Sony RED.

"'Vexatious' is about the social networking-obsessed, unlimited bragging rights society we live in, where people come off as entitled yet so insecure," says frontman Kevin Martin. "Whether it's a pop star feuding senselessly with another pop star, or people who can't help but to take 50 different selfies in under a minute missing everything that's happening around them, it's a sad commentary on life that we can't escape. Dating apps, bitching apps, secret sharing apps, apps apps apps — they all operate outside of any real or authentic human connection. It's disconnect everywhere and it's destroying us. No one cares what anyone else thinks or feels. It's all 'me, me, me' and, if you ask me, it's fucking sad."

For "Disappearing In Airports", the band worked with producers Carson Slovak and Grant McFarland (AUGUST BURNS RED, EVERCLEAR, RIVERS OF NIHIL),cutting the record at Think Loud Studios in York, Pennsylvania. With Martin, Dave Krusen on drums, Adam Kury on bass and the addition of guitarists Mike Leslie and Brian Quinn, the recommitment to creating music that is "pissed and urgent" as well as bringing a new energy to the live show is at this record's core.

CANDLEBOX's world tour will kick off in April, including performances at festivals such as Lollapalooza Chile, Welcome To Rockville and Carolina Rebellion. 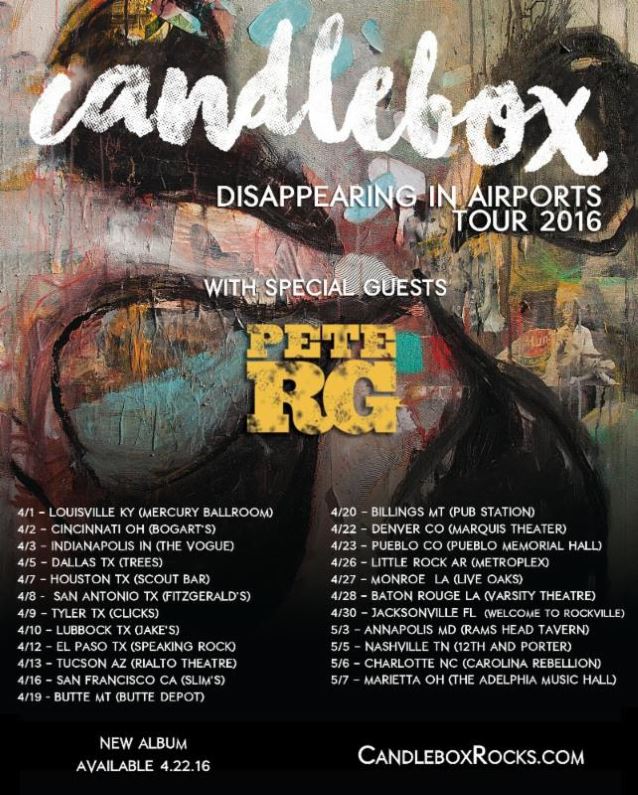