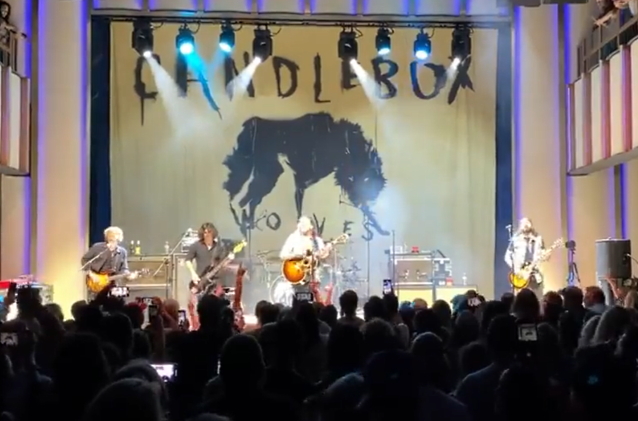 CANDLEBOX ended its show last night (Saturday, March 26) in Dallas, Texas at The Echo Lounge & Music Hall with a special tribute to the late FOO FIGHTERS drummer Taylor Hawkins. The band performed a cover of the FOO FIGHTERS' "Learn To Fly" after CANDLEBOX frontman Kevin Martin said, "You will be missed, Taylor Hawkins, God bless."

We felt your spirit alongside us tonight. Taylor, thank you for being you…