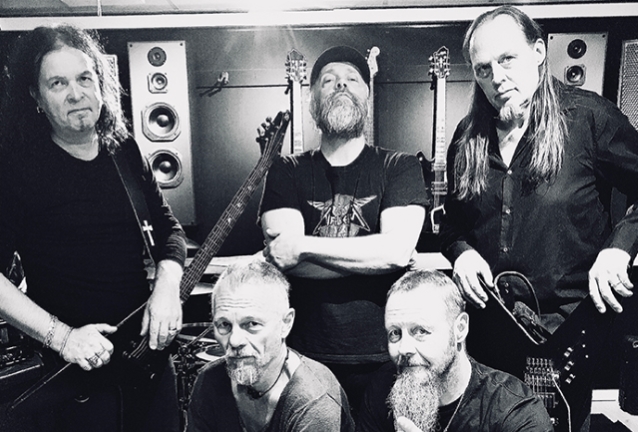 Swedish doom metal legends CANDLEMASS have parted ways with singer Mats Levén and have been rejoined by Johan Längqvist.

Commented CANDLEMASS: "We wanted to find our way back to the roots of CANDLEMASS, back to the soul and essence of the band. Johan Längqvist is back and we hope this will give us some new energy and kickstart the heart of doom again. We don't know if it will last 10 more years or even five, but if it will give us just another year of having fun and playing the music that we love so much, it will be a blast! The circle is closed, Johan is back!"

Levén, who had been with CANDLEMASS since 2012, added in a separate statement: "First, let me salute all the fans in Europe, South/Latin America, North America and Japan for coming to our shows during the last six years. It's been a true privilege and joy playing for you all — thank you! Also, a big thanks to our crew, promotors and every musician filling in whenever it was necessary. I especially want to mention Per Wiberg (bass/keyboards) who's done quite a few CANDLEMASS shows and also been a splendid roommate — thanks amigo."

CANDLEMASS is currently recording a new studio album for a tentative 2019 release.

CANDLEMASS's most recent full-length album, "Psalms For The Dead", came out in 2012 via Napalm Records. It was the last CANDLEMASS album recorded with singer Robert Lowe, who left the band just days before its release.