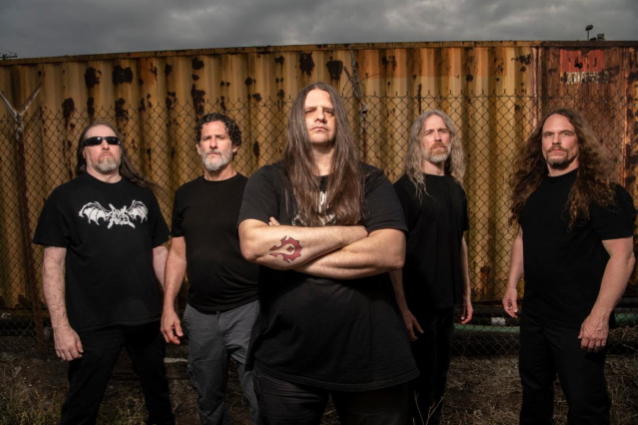 Long-running death metal icons CANNIBAL CORPSE will return to stages this winter on a U.S. headlining tour with support from Metal Blade labelmates WHITECHAPEL and REVOCATION. A celebration of the 40th anniversary of Metal Blade, the trek begins February 19 in Atlanta, Georgia and makes its way through over two dozen cities, closing on March 26 in Ft. Lauderdale, Florida. Additional support will be provided by SHADOW OF INTENT. Tickets go on sale Friday, October 15 at 10:00 a.m. local time.

Comments CANNIBAL CORPSE's Alex Webster: "We're very excited to announce our first tour for 'Violence Unimagined' as part of this amazing lineup with WHITECHAPEL and REVOCATION. We can't wait to get back on the road and be on stage again. See you all soon!"

Adds WHITECHAPEL's Alex Wade: "We are excited to get back on the road after two years of no shows and what better band to do it with than death metal legends CANNIBAL CORPSE. We thank them for bringing us along and can't wait to see you all out there playing songs off our new album 'Kin'."

States REVOCATION's Dave Davidson: "It's been almost two years since our last show. Needless to say, we're beyond excited to hit the road with CANNIBAL CORPSE, WHITECHAPEL and SHADOW OF INTENT this winter. This tour will be an absolute banger; get your tickets now so you're not left out in the cold wishing you were circle pitting with all of your friends."

Earlier this year, Webster told Brazil's Kazagastão that he and his bandmates "miss" being on tour. "I think us and hundreds, and maybe thousands, of other bands feel the same way," he added. "It's really such a big part of being a band, especially in this day and age when, really, most of how you make your living is from touring and selling merchandise on tour, and that sort of thing. So, on a business side of things, of course, we miss it. And then, it's what we do — it's what we love to do. When we put out an album, we're looking forward to being out there for two years, on and off, going all over the world, seeing our fans."

Rutan joined CANNIBAL CORPSE as the replacement for longtime guitarist Pat O'Brien, who was arrested in Florida nearly three years ago on charges of aggravated assault on a law enforcement officer and burglary of an occupied dwelling with assault. Deputies said he burglarized a house and charged at a deputy with a knife. 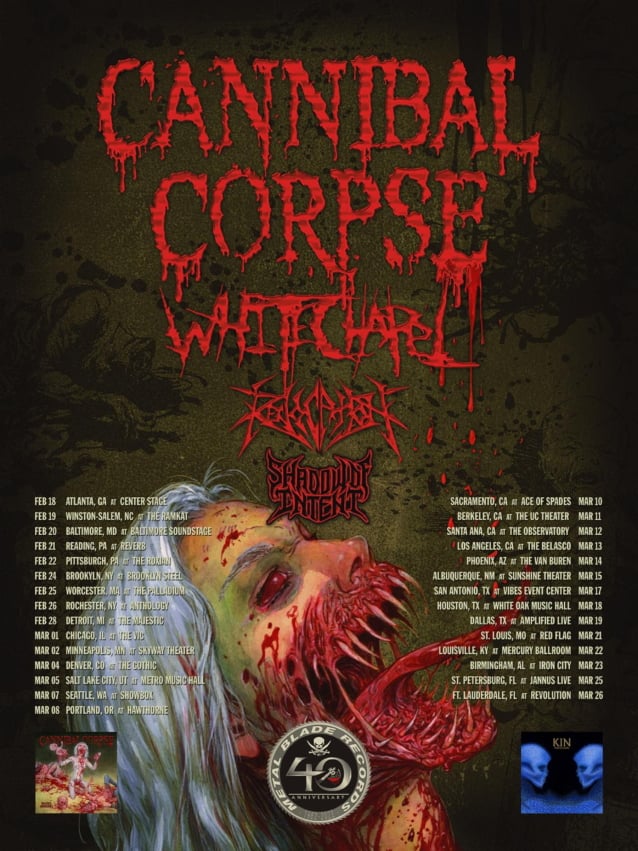