Florida death metal veterans CANNIBAL CORPSE will embark on a North American headlining trek this fall. Support on the trek, which will kick off on October 20 in Houston, will come from THY ART IS MURDER and PERDITION TEMPLE.

Rutan made his live debut with CANNIBAL CORPSE at the opening show of the "Decibel Magazine Tour" in February in San Antonio, Texas. He is playing with the band as the temporary replacement for guitarist Pat O'Brien, who was arrested in December for burglary and assaulting a police officer while his Florida home was in flames.

THY ART IS MURDER's fifth album, "Human Target", was released on July 26 via Nuclear Blast and Human Warfare (Australia and New Zealand). The disc was produced, engineered, mixed and mastered by Will Putney at Graphic Nature Audio in Belleville, New Jersey. The artwork was once again painted by Eliran Kantor (HATEBREED, TESTAMENT, ICED EARTH, SODOM). 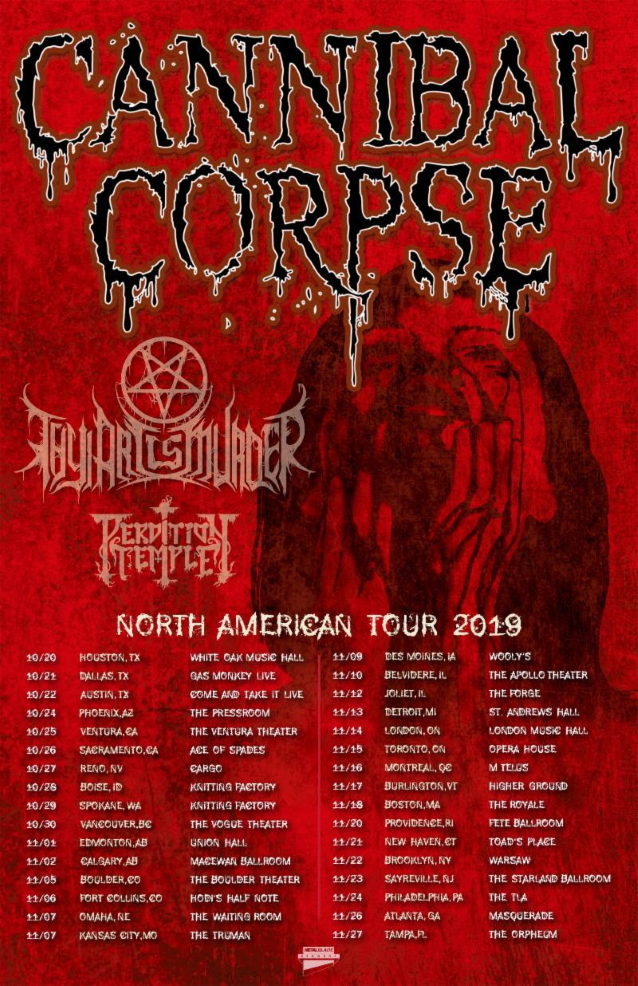