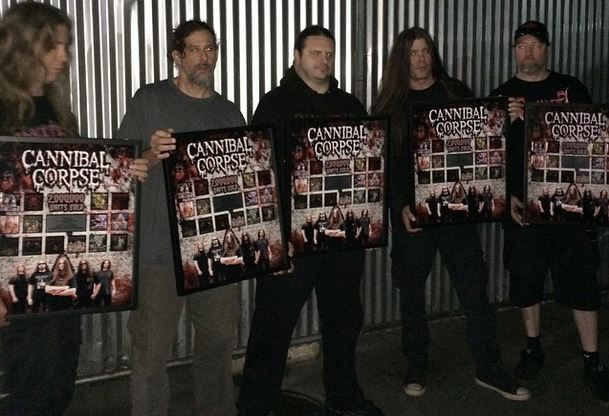 Prior to their February 7 concert at The Observatory in Santa Ana, California, Florida death metallers CANNIBAL CORPSE were presented with a plaque by Metal Blade Records signifying sales of more than two million of their thirteen studio albums to date.

A backstage video interview with CANNIBAL CORPSE guitarist Rob Barrett and vocalist George "Corpsegrinder" Fisher conducted by Metal Sanaz at The Observatory can be seen below.

Asked in a 2011 interview with CraveMetal.com how it felt to be "officially" the best-selling death metal band of all time, CANNIBAL CORPSE bassist Alex Webster said: "It's definitely cool. We are very grateful to our fans for making that possible. We will continue to work hard in to make music that's worth our fans' hard-earned money. We are happy that we're selling well, but we want the quality of our music to be the top priority." 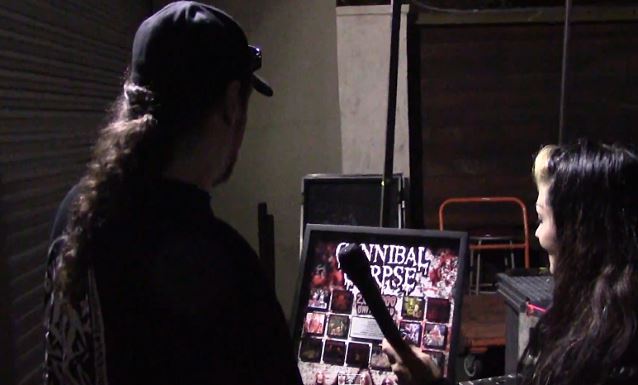