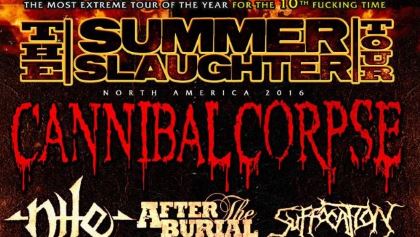 CANNIBAL CORPSE will headline this year's edition of "The Summer Slaughter Tour", set to take place between July 23 and August 21.

The trek will feature the following acts:

NILE's latest album, "What Should Not Be Unearthed", was released last August via Nuclear Blast. Produced by NILE and mixed by Neil Kernon, the CD's artwork was handled this time by Michal "Xaay" Loranc. 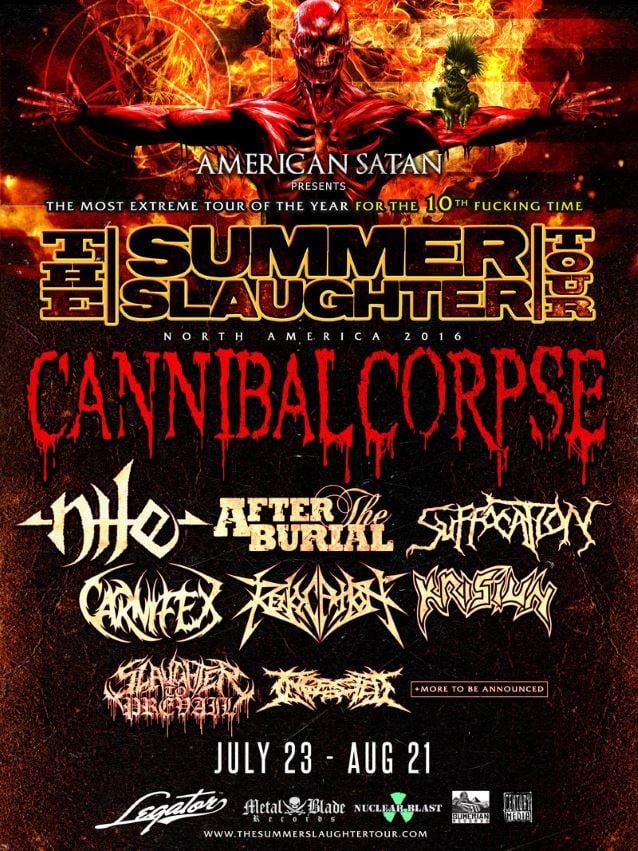