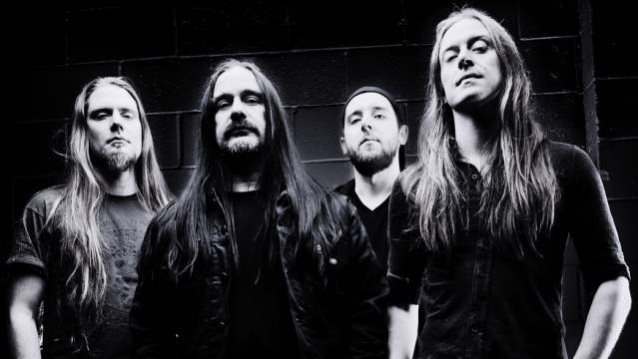 British extreme metal pioneers CARCASS have scheduled 17 shows in the U.S. between their appearance at the Chicago Open Air festival in late July and the August 6 performance at the Heavy Montreal festival. Support on these dates will come from CROWBAR, GHOUL and NIGHT DEMON.

Commented CARCASS frontman Jeff Walker: ""We're here on the presidential trail — 'Rock against Trump, rock against Clinton, rock against Sanders, rock against that annoying Texan dude (whatever his name is) and the other older guy who stuffs his face with pasta."

CARCASS is continuing to tour in support of its latest album, "Surgical Steel", which sold around 8,500 copies in the United States in its first week of release to debut at position No. 41 on The Billboard 200 chart. 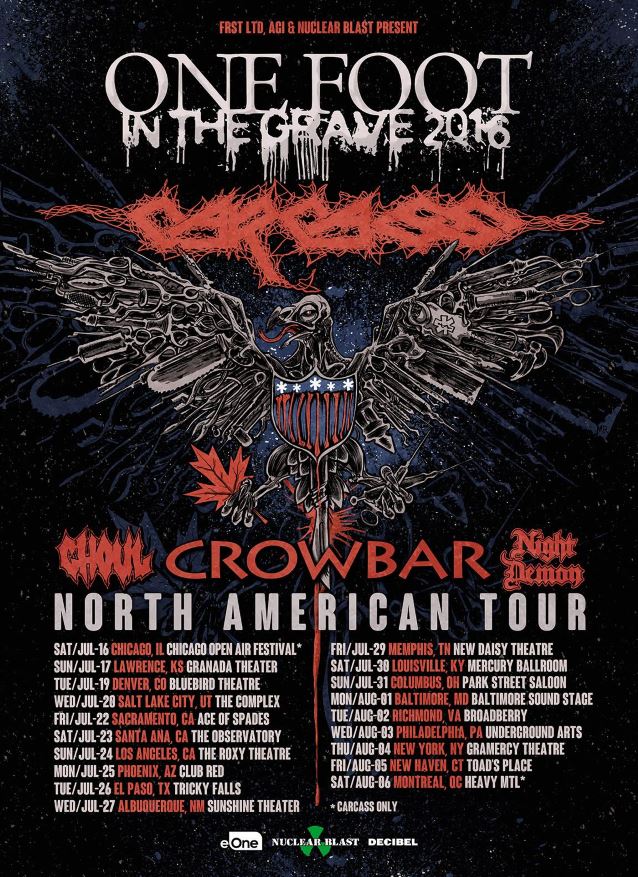