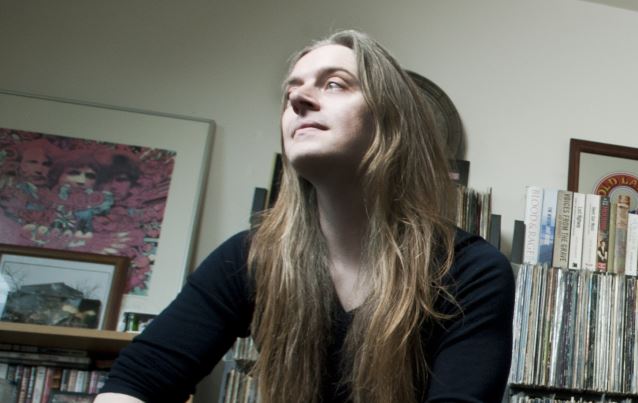 CARCASS Guitarist: 'It Felt Natural To Me To Begin Working On New Material'

Jason Roche of LA Weekly recently conducted an interview with guitarist Bill Steer of reactivated British extreme metal pioneers CARCASS. A couple of excerpts from the chat follow below.

On former CARCASS guitarist Michael Amott's reluctance to make a new studio album with the band:

Steer: "Michael was very vocal about it being a questionable thing to do. Personally, I was disappointed [with the dissolution of the 2008 touring lineup], as I was the last person to get onboard for the reunion. But once I was in there, it was really fun. It felt natural to me to begin working on new material. "

Steer: "When we were writing this stuff, no one outside our really close circle of friends knew about it, so at any point, we had an escape. If we lost our nerve or decided it wasn't strong enough or didn't sound like CARCASS, we would go our separate ways, and no one would ever get to hear anything."

On how much CARCASS' legend grew during their hiatus:

Steer: "I was out of touch with that scene for a number of years. It was only when speaking to Jeff [Walker, bass/vocals] and Michael during that time that I became aware that our records were standing the test of time. To put things in perspective, 'Heartwork' wasn't considered a successful record when it came out. A lot of fans and reviews were very denigrating when it came out."

On former CARCASS drummer Ken Owen, who nearly died after suffering a cerebral hemorrhage in 1999 and was subsequently hospitalized for almost a year:

Steer: "Occasionally someone will ask, 'Is Ken going to rejoin the band?' It's obvious that person doesn't understand what Ken has been through. You have to remind people to temper their expectations. It is clear he won't ever play drums like he did when he was 21, but... the fact that he is around walking and talking and leading a wonderful social life is amazing. In our minds, he is still a member of the band. We involve him as much as we're able to. It's very much a family vibe."