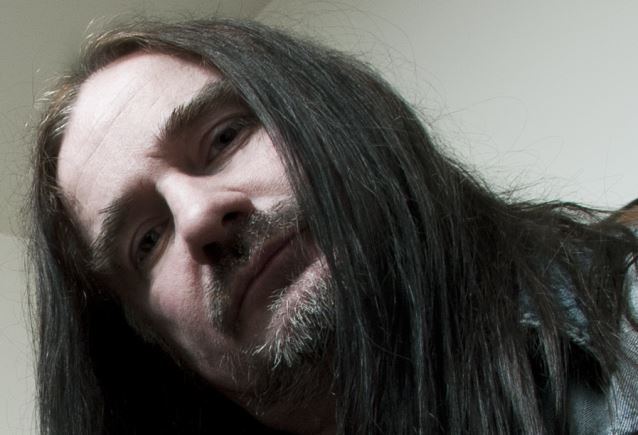 On February 27, Jo Schüftan of Horns Up Rocks! conducted an interview with bassist/vocalist Jeff Walker of reactivated British extreme metal pioneers CARCASS. You can now listen to the chat in the YouTube clip below.

CARCASS' new album, "Surgical Steel", sold around 8,500 copies in the United States in its first week of release to debut at position No. 41 on The Billboard 200 chart. The CD was released on September 16, 2013 in the U.K., September 13, 2013 in the rest of Europe and September 17, 2013 in North America via Nuclear Blast Records. The effort was produced by Colin Richardson (FEAR FACTORY, MACHINE HEAD, NAPALM DEATH, SLIPKNOT, BULLET FOR MY VALENTINE) and mixed by Andy Sneap (MEGADETH, ACCEPT, EXODUS, ARCH ENEMY).