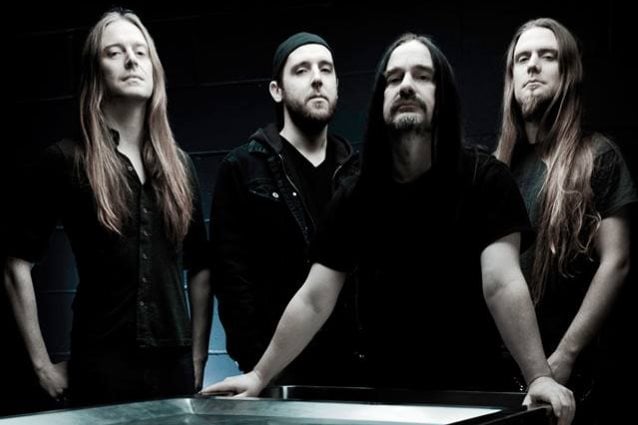 British extreme metal pioneers CARCASS have parted was with guitarist Ben Ash and have replaced him with Tom Draper (POUNDER, ex-ANGEL WITCH, PRIMITAI).

Draper, who is from the United Kingdom but currently resides in California, made his live debut with CARCASS this past weekend at the Netherlands Deathfest at 013 in Tilburg. Fan-filmed video footage of the concert can be seen below.

In a video message confirming his departure from CARCASS, Ash said (see video below): "At the start of 2018, I decided to come away from the touring circuit and focus on getting back into an educational role and also focus on a bit of study and some individual music projects. And from the footage that I saw of the band playing at the Netherlands Deathfest, I knew they'd knock it out of the park. They sounded killer and the chap who's now in the place I was is doing a cracking job. And from the bottom of my heart, I wish the guys all the best for the upcoming shows this year."

In a 2016 interview, CARCASS guitarist Bill Steer said that it was "not clear" if Ash would appear on the band's seventh album. Ash joined CARCASS following the release of the band's comeback LP, 2013's "Surgical Steel".

When asked by Dead Rhetoric whether Ash would contribute to CARCASS's next disc, Steer said: "At this stage, it's not clear whether he will actually be on the record, in all honesty. What he does live works in that environment. Recording is putting everything under a microscope.

"If somebody’s bringing in influences that are not within the scope of the band, it's going to be problematic.

"Ben's a killer guy and he works hard on his playing, but some of his favorite stuff is not our favorite stuff. If some of those things bled into our music, it would really dilute it, to be honest with you."

Steer continued: "It remains to be seen, but I'm just saying we wouldn't just make another album. We want everything to be as good as it can be.

"You could have the best guitarist on earth. I'm sure if Steve Vai played on it, that would excite a lot of people, but it would dilute it. It wouldn't work with our stuff."

Hi folks, it's been a while so I though it was a time for a March update. 3rd month into the year already and looking forward brightly.

Keep rocking, stay inspired, be safe and never be afraid.