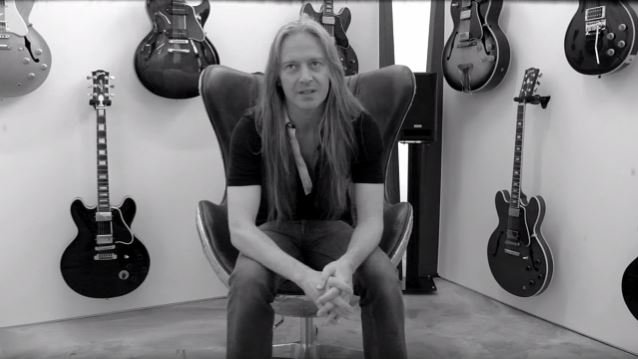 In the two-minute clip below, Steer explains how he came to join GENTLEMANS PISTOLS.

Says GENTLEMANS PISTOLS vocalist and guitarist James Atkinson: "'Hustler's Row' is a cathartic journey through the last five years of my life. The album begins with questions of where my life is going and ends with me heading straight down 'Hustler's Row'; on a turbulent voyage of the sweetest sufferings and the most inexpensive of thrills. The artwork is by John Pearson and it encapsulates everything I put across in the title track, that 'Hustler's Row' is a place for freaks, losers, lovers and those searching for something more from life. So we invite you to join us on the 'Row'…"

The artwork shows a grisly dystopian vision of a British street, overflowing with violence, gloom and insanity. Rabid dogs and Hitchcock-esque ominous birds loom over the flailing limbs and blood red lettering spelling out "Hustler's Row".

"Our old guitarist, Chris Rogers, lived on a street called Hustler's Row in Leeds," adds Atkinson. "It's actually a really nice place, but, to me, the name evoked an image of a place of desolation and despair, so the lyrics I wrote have no connection to that street at all. It was Bill that thought it would make a good album title and it seemed to make sense as it is the final song on the album too."

GENTLEMANS PISTOLS have been causing a stir on the underground for a while now with their debauched lyrics, melodic groove and general Yorkshire rock 'n' roll swagger.

Formed as a three-piece back in 2003, the band has gone through a variety of lineup changes throughout its career and has now stabilized as a four-piece.

GENTLEMANS PISTOLS' last album, "At Her Majesty's Pleasure", was released to great acclaim in 2011.

The band has performed at U.K. and international festivals such as Desertfest, Hammerfest, Long Division and Fuji Rock festival in Japan, and has previously toured with the likes of WITCHCRAFT, LEAF HOUND and PENTAGRAM.

Says the group: "The album was recorded by singer/guitarist James Atkinson at Mutiny Studios in Bradford and reflects nearly five years of experience for the band: good times, bad times, boredom, exhilaration, heartache, frustration and wonder.

"With this album, we tried to make a record that we would want to listen to; one that was heavy but melodic, intense but catchy, thoughtful but unruly. A record for reprobates and romantics, for gentlemen and hustlers.ˮ

In a 2013 interview, Steer stated about GENTLEMANS PISTOLS: "It's a very fun thing to do and very different from CARCASS in a lot of ways." 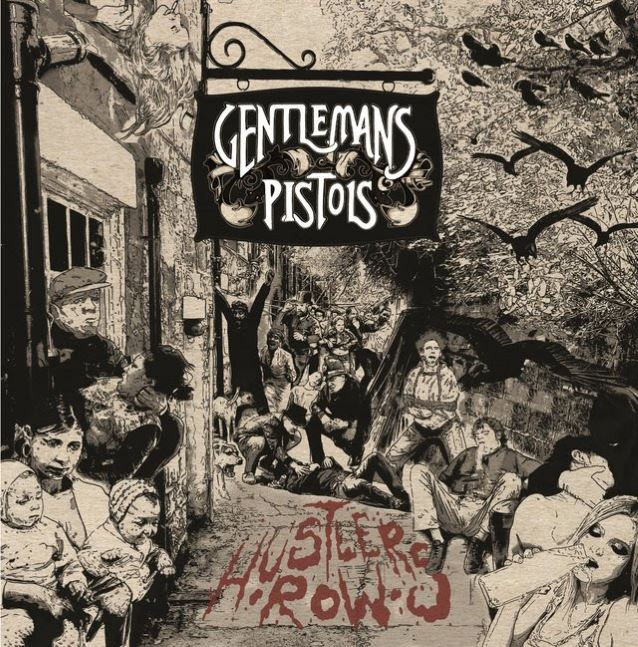