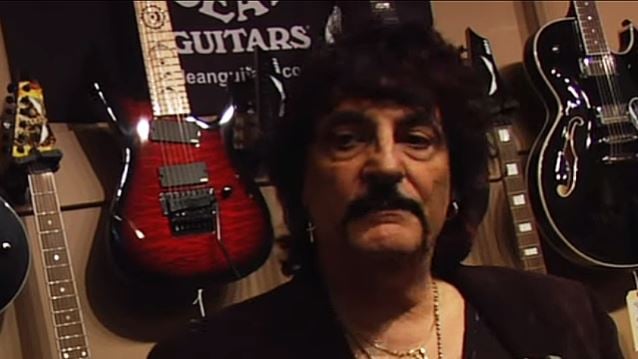 CARMINE APPICE's Memoir, 'Stick It!: My Life Of Sex, Drums, And Rock 'N' Roll', Due In May

Chicago Review Press has set a May 1 release date for "Stick It!: My Life Of Sex, Drums, And Rock 'N' Roll", the new autobiography from legendary rock drummer Carmine Appice. The book was co-written by Ian Gittins, who wrote "The Heroin Diaries" with MÖTLEY CRÜE bassist Nikki Sixx.

Official book description: "Carmine Appice has enjoyed a jaw-dropping rock-and-roll life — and now he is telling his scarcely believable story. Appice ran with teenage gangs in Brooklyn before becoming a global rock star in the Summer of Love, managed by the Mob. He hung with Hendrix, unwittingly paid for an unknown LED ZEPPELIN to support him on tour, taught John Bonham to play drums (and helped Fred Astaire too),and took part in ZEPPELIN's infamous deflowering of a groupie with a mud shark. After enrolling in Rod Stewart's infamous Sex Police, he hung out with Kojak, accidentally shared a house with Prince, was blood brothers with Ozzy Osbourne and was fired by Sharon. He formed an all-blond hair-metal band, jammed with John McEnroe and Steven Seagal, got married five times, slept with 4,500 groupies — and, along the way, became a rock legend by single-handedly reinventing hard rock and heavy metal drumming. His memoir, 'Stick It!', is one of the most extraordinary and outrageous rock-and-roll books of the early twenty-first century."

Appice is widely considered to be one of the most accomplished showmen in rock and is the recipient of numerous awards, including dozens of gold and platinum selling records. Carmine co-wrote such monster-selling hits as "Do Ya Think I'm Sexy" and "Young Turks". He has broken new ground in every aspect of his career as a performer, as a teacher, and as a writer, and he continues to inspire drummers and listeners throughout the world with his originality and his unwavering dedication to the art of drumming.

In a 2014 interview, Carmine stated about his upcoming book: "If you read the Ace Frehley and Peter Criss books, their childhoods were very similar to mine. I grew up in Brooklyn and so did Peter, and we had belonged to gangs. A lot of my friends went on to be Mafia leaders and are now spending their lifetime in jail for murder. Which I could have been there too, but music saved me from that. My Brooklyn days aren't boring!

"If I didn't know my story and I would read this book, I think I would like it. There's a lot of really cool stories.

"If this book does well, I’m already planning on the next one, which will be vignettes of stories that didn’t make it into this book. When you write a book, you can't have all the details in the book or it gets to be too long." 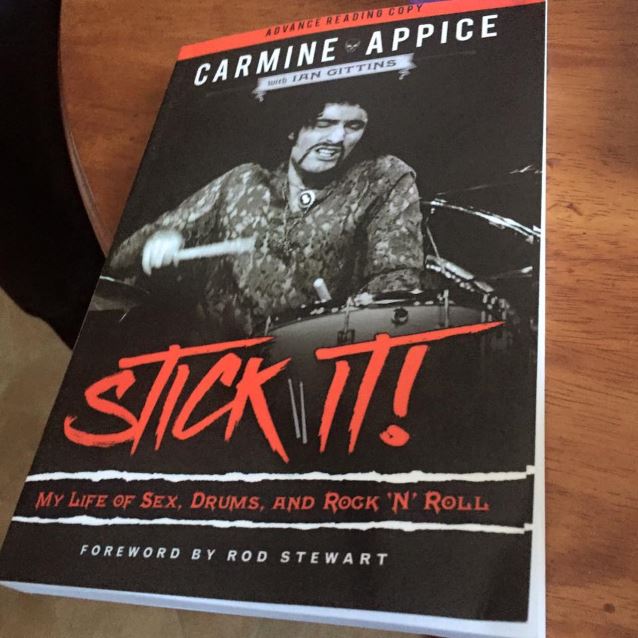