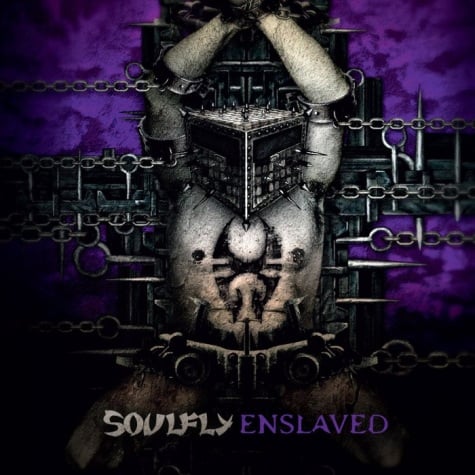 CATTLE DECAPITATION vocalist Travis Ryan joined SOULFLY on stage on March 22 at 4th and B in San Diego to perform the song "World Scum". Ryan also appears on the studio version of the track, which can be found on SOULFLY's eighth album, "Enslaved", released earlier this month via Roadrunner Records.

Video footage of Travis' performance with SOULFLY at 4th and B can be seen below.

Ryan — who was a replacement for SOULFLY's original choice, OCEANO's Adam Warren — recorded his portion of the vocals for the studio version of "World Scum" at Frick'in Studios in San Marcos, California with engineer Dan Frick.

Commented Ryan: "It's an honor to receive a call from someone you had pictures of on your wall as a kid asking you to be on a new album of theirs. I literally had a picture of Max [Cavalera, SOULFLY mainman] and Gloria [Max's wife and manager] holding [Gloria's son] Richie in her arms that I ripped out of a copy of Metal Maniacs on my wall when I was 15 or 16. Now they're asking for my artistic hand in one of their creations; [it] just doesn't get much more surreal than that. Very honored and the song is very 'death metal-ish' and completely crushes. Happy to be a part of it!"

"Enslaved" was recorded at TallCat Studios in Phoenix, Arizona.