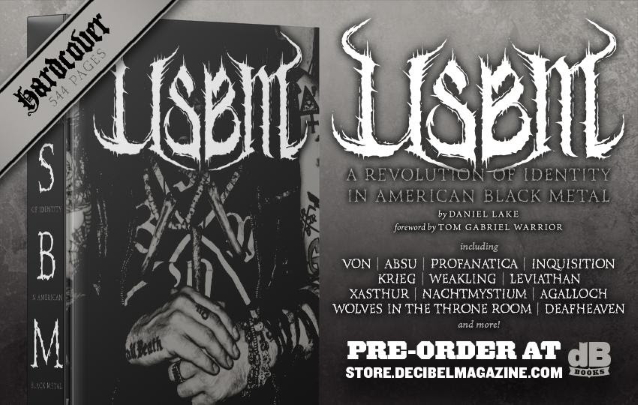 Decibel Books has announced the publication of "USBM: A Revolution Of Identity In American Black Metal".

In parallel with the blazing European scene of the 1990s, the American wasteland birthed its own wayward souls who found their own uses for blast beats, tremolo picking, ghoulish shrieks and satanic leanings. Over the span of 30 years, Americans have clung to black metal's core tenets and cast them off in equal measure, always in search of a sound that could give voice to our uniquely predatory demons.

Over three years in the making, this new 544-page hardcover book chronicles the stateside movement via first-hand accounts from genre progenitors VON, PROFANATICA and ABSU through revolutionary acts like LEVIATHAN, WEAKLING and XASTHUR to present-day progressives PANOPTICON, DEAFHEAVEN and WOLVES IN THE THRONE ROOM, along with dozens more black metal musicians. Including hundreds of rare and never-before-seen photos and a special foreword from extreme metal godfather Thomas Gabriel Fischer (a.k.a. Tom G. Warrior; HELLHAMMER, CELTIC FROST),"USBM" is a thorough and definitive tome from longtime Decibel contributor Daniel Lake and is available for pre-order exclusively through Decibel at this location. 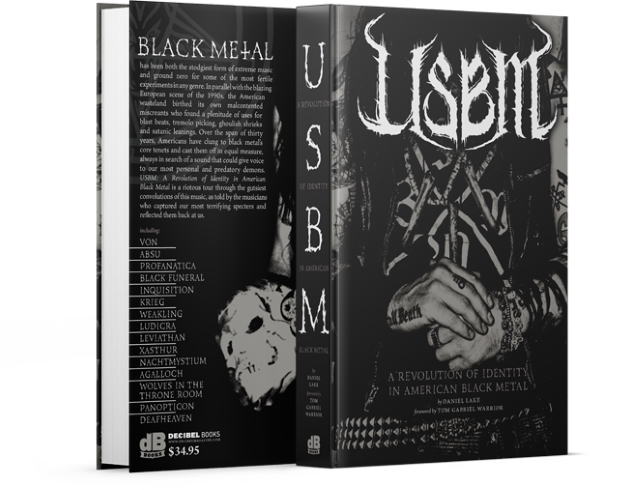