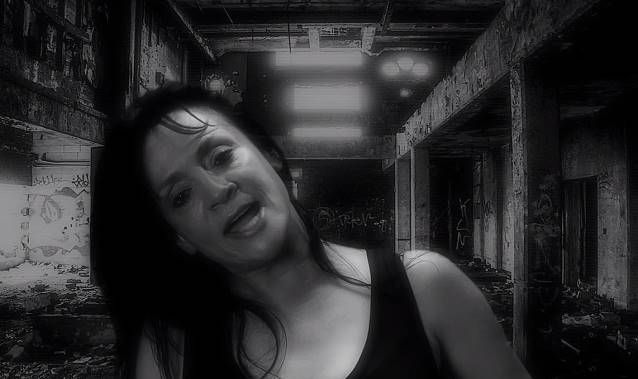 "I Am Sin", the new video from the reformed CHASTAIN — featuring Leather Leone on vocals — can be seen below. The song is taken from the "uncut" version of CHASTAIN's comeback album, "Surrender To No One", which is out now on digital format on Leviathan Records worldwide. Hellion Records will release the "Uncut" edition on CD format in Europe and South America.

Comments CHASTAIN guitarist and leader David T. Chastain: "As a producer and record company owner, it is my job to put together a CD with the best chance of commercial success. However, as a musician/songwriter, I want to hear the music as it was written and recorded. Therefore 'Uncut' is the original version of the CD before the producer (David T. Chastain) got hold of it! Actually, both versions have their good points. More guitar solos are on this version as well as two of the songs are drastically different. Plus I usually edit out things that 99% of the listeners would never notice, such as guitar string noise, amp hum, and other things that drive me crazy. We will leave it to the fans to tell us which they like best!"