Sir Rod Stewart, the legendary two-time Rock And Roll Hall Of Fame-inducted singer-songwriter, today announced 19 newly added dates for his highly anticipated 2022 North American summer tour with special guests CHEAP TRICK. Produced by Live Nation and kicking off June 10 in Vancouver, British Columbia, Canada, the 38-date tour will be Stewart's first in four years and promises an unprecedented night of iconic hit songs from one of the best-selling music artists of all time.

Additionally, Rod will return to his stellar Las Vegas residency "Rod Stewart: The Hits" with runs that bookend his tour, May 13-21 and September 23 - October 1, at The Colosseum at Caesars Palace. Since its premiere in 2011, Stewart's residency has remained one of the best-reviewed and must-see shows on the Las Vegas Strip. Tickets are on sale now at Ticketmaster.com.

AMERICA! CANADA! I'm coming for you 😎

With my good friends @cheaptrick !!

Make sure you grab tickets 🎟 https://t.co/dfz51GdKKNpic.twitter.com/o7UvXwScwF 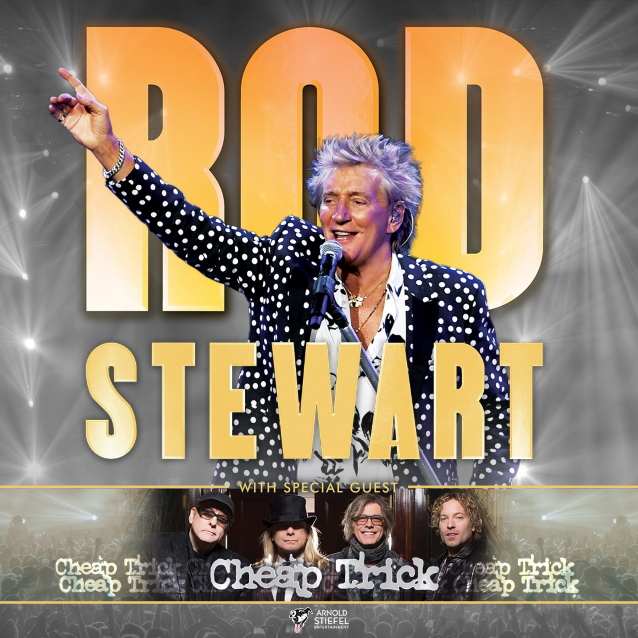