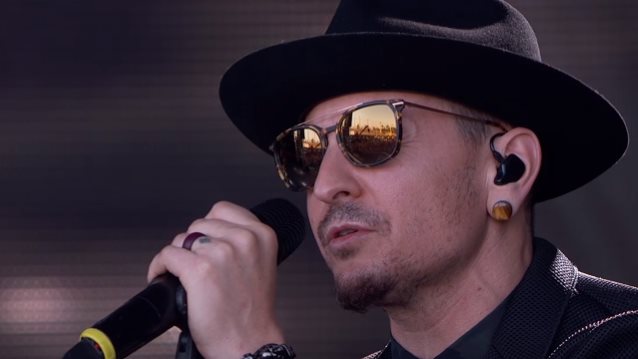 In a 2013 interview with HardDrive Radio, Bennington advised kids who are having a tough time with life to avoid taking such a drastic step. "The thing about life is like, you can't predict the future but the future's there," he said. "You just have to wait out. Life gets better, so don't make those in-the-moment rash choices like suicide. Talk to your parents, you know, talk to the counselor at school. They're there for you. They're the people that are gonna care about you and they are gonna care about your feelings."

Bennington bought the home just two months before he committed suicide there. The singer paid $2.4 million for the five-bedroom, four-bathroom resident in June and moved into the two-story, 3,956-square-foot house about seven weeks ago.

Celebrating the life of a legendary musician…from Hybrid Theory to One More Light and everything in between, your memory will live on for decades to come. Rock in peace, Chester Bennington.