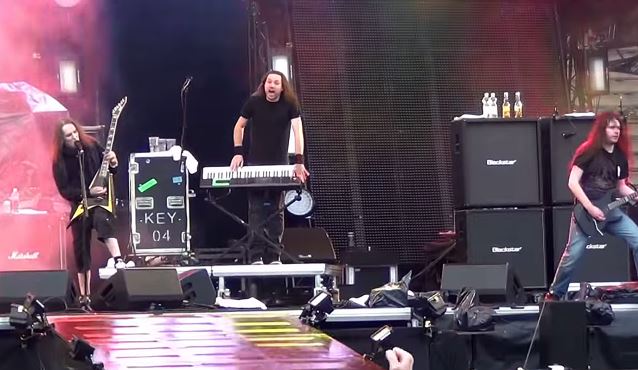 Fan-filmed video footage of CHILDREN OF BODOM's June 6 performance at Laulurinne in Joensuu, Finland can be seen below.

CHILDREN OF BODOM last month announced the departure of the band's guitarist of the past decade, Roope Latvala. The band explained in a statement: "As we parted ways with no bad blood, we wish him nothing but the best and thank him for allowing us to share the last twelve years of our lives with him. [We] hope [the fans] know that this will not affect the upcoming shows or the new album as we recorded it as a four-piece and it is already mixed, mastered, heavy as shit and ready to go!"

CHILDREN OF BODOM will release its ninth studio album, "I Worship Chaos", worldwide on October 2 via Nuclear Blast. The artwork for the CD was created by Finnish artist Tuomas Korpi.

Comments CHILDREN OF BODOM guitarist/vocalist Alexi Laiho: "We are close to putting the finishing touches on the new CHILDREN OF BODOM record, 'I Worship Chaos', and as much fun (but most importantly raw, literally bloody knuckled hard work) it has been making it, I'm more than happy and even more anxious to share this chaos with the rest of the world. So people, put your shades and helmets on, it will get very dark and it might hurt, in a perfect CHILDREN OF BODOM fashion, of course!" 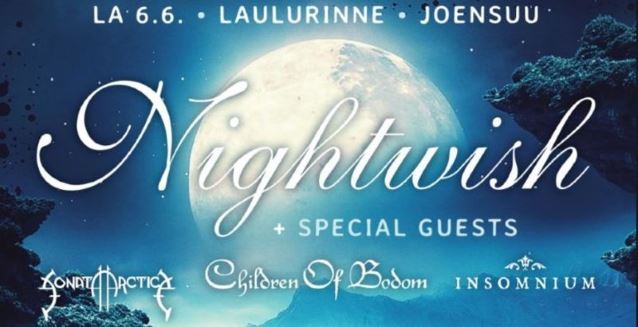