Equal Vision Records has announced the signing of KING. The band — which features CHIODOS' Jason Hale in a familiar role on guitar — is currently recording with Mark Michalik at Detroit's 37 Studios before its winter tour that kicks off December 13 in Toledo, Ohio. Regarding the trek, Hale promises "good music, good people, and good times."

Even after the success he's had with CHIODOS, Hale explains that "KING is the lemon-lime Gatorade to my unquenchable thirst for metal."

Hale has been playing metal since he was 16, so it seemed only natural to start a band when he met David Swan (vocals),Andrew Beal (guitar),Eugene Gill (bass),and Andrew Workman (drums). Although CHIODOS' 2008 rigorous tour schedule hasn't permitted much time for Hale to devote to KING, the metal quintet will be releasing a full-length in 2009.

"Because EVR is tight, duh," said Hale of the signing with Equal Vision. Label owner Steve Reddy echoed the sentiment: "Jason's positive attitude and dedication to music makes him one of the easiest guys to work with. We are beyond excited to have KING on the roster and to continue our relationship with him."

The band currently has three demos available for listening on its MySpace page. 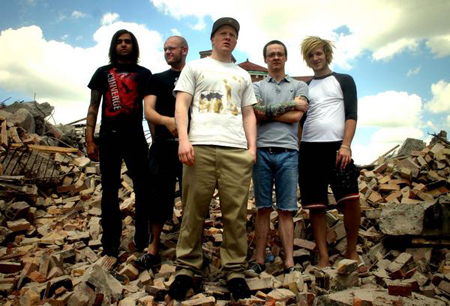