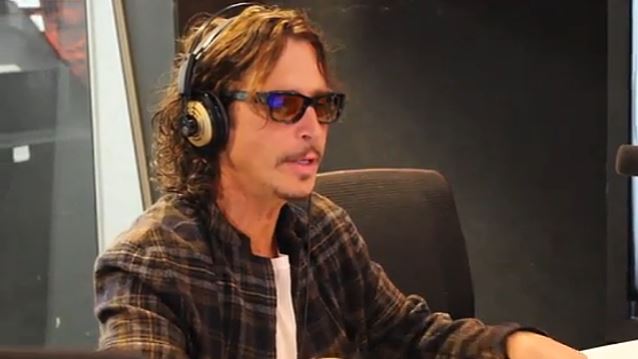 According to The Pulse Of Radio, SOUNDGARDEN singer Chris Cornell said in an interview with New Zealand radio station The Rock FM that the state of rock music has changed so much that young people don't necessarily want to start bands anymore. Cornell explained: "I think a lot of that has shifted to the hip hop world or even the electronic world, where now, you can make an album on a laptop inside a studio apartment… Having technology, plus having some really huge hip hop artists, has shifted that to where the first urge of some kids who write a song or make a recording, might not be guitar, bass, drums and vocals, it might not be 'Let's try to sound like NIRVANA.' It might something much more in the direction of hip hop or rap or electronica, it might be Skrillex instead."

Cornell is currently on an Australian solo acoustic tour but will play in Los Angeles on December 13 and St. Louis on December 18.

He also recently revealed that SOUNDGARDEN has been writing material for its seventh studio effort, with recording likely to take place in early 2016.