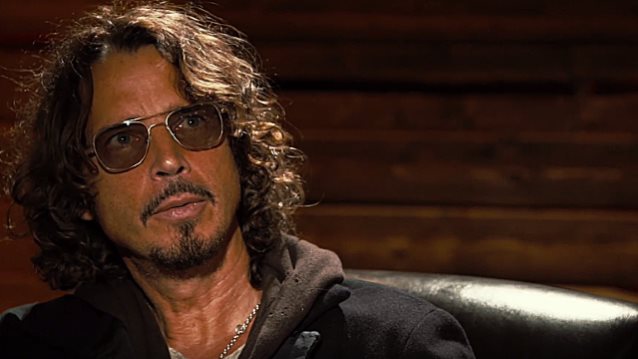 A moment of silence in Chris Cornell's memory was held at this year's Billboard Music Awards, whick took place last night (Sunday, May 21) at the T-Mobile Arena in Las Vegas.

IMAGINE DRAGONS frontman Dan Reynolds made an emotional speech about the late SOUNDGARDEN frontman's life and legacy, saying: "Although tonight is a time to celebrate the music and artists of the past year, it's also a time to recall a member of our community we lost this past week, SOUNDGARDEN and AUDIOSLAVE's Chris Cornell was a true innovator. A musical architect and pioneer on the cutting edge of the Seattle grunge movement. He was a prolific songwriter, a legendary performer, a singer who had a voice for the ages, and a philanthropist — whose Chris And Vicky Cornell Foundation helped so many children around the world.

"Even though Chris is gone, his legacy endures," Reynolds continued. "We send our respects as well as our love to Chris's family at this time. Please join us in a moment of silence to remember Chris Cornell."

In the days since Cornell's tragic death, a number of artists have paid tribute by covering his songs, including MEGADETH, DREAM THEATER, QUEENSRŸCHE, STONE SOUR, LIVE, THE PRETTY RECKLESS and HEART's Ann Wilson, while LINKIN PARK dedicated their appearance on "Jimmy Kimmel Live!" to him.

While the surviving members of SOUNDGARDEN have not yet issued a public statement about Cornell, drummer Matt Cameron posted a brief message on Facebook, saying, "My dark knight is gone… Thank you for the incredible outpouring of kindness and love."