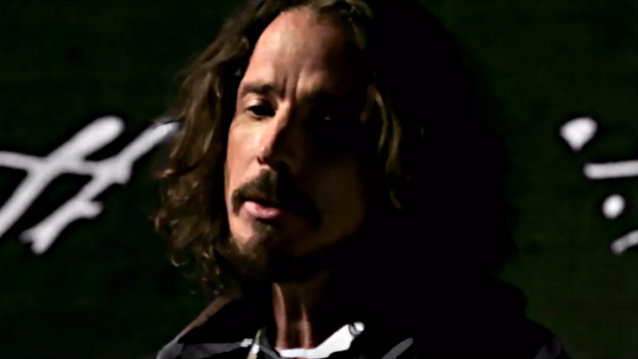 Late SOUNDGARDEN singer Chris Cornell's widow, Vicky Cornell, was overwhelmed with emotion as she accepted the L.A. Chefs For Human Rights Hero Award on behalf of her husband on Monday night (September 25). Chris was honored at a fundraising event for Program For Torture Survivors (PTV) at the restaurant Cassia for his humanitarian efforts and his original song and music video "The Promise".

According to The Pulse Of Radio, Vicky was fighting back tears as she told the crowd: "My husband loved to help people, especially children. He believed it was up to adults to never turn our backs on the most vulnerable and innocent members of our society."

Vicky added about Chris: "He helped with children and young people who were homeless or abused, suffered from illness or struggled with addictions, were victims of war and strife. His heart was always so full of love compassion and hope."

Chris wrote "The Promise" for the film of the same name, a historical drama about the Armenian genocide that was released last April.

The video for "The Promise", presented after Vicky accepted the award, drew parallels between the Armenian genocide and the migrant crisis occurring in Syria and Africa.

The evening also featured testimonials from torture victims and supporters of efforts to help refugees. The fundraising goal of this year's L.A. Chef's For Human Rights event was set at $150,000, with $120,000 already raised by the beginning of the dinner.

Chris Cornell took his own life on the evening of May 18, following a show by SOUNDGARDEN in Detroit.