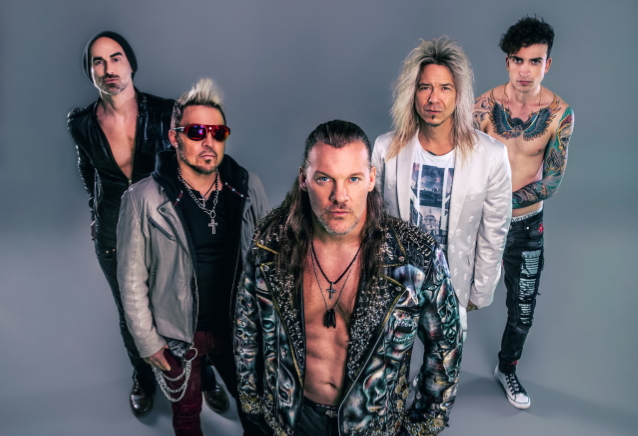 FOZZY singer Chris Jericho has admitted that he's unsure if the band will release a follow-up to 2022's "Boombox" album, explaining that he and his bandmates might focus on releasing singles instead. The frontman made the comment in an interview with Eonmusic to promote the band's November U.K. and Ireland tour.

Speaking about the forthcoming trek, which will see FOZZY play some of their biggest venues in the U.K. and Ireland yet, Chris said: "We wanted to keep the momentum going and come back again and play some bigger places. It really is a second home for us, and it's always important for us to continue to build the territory and continue to come back frequently, which is why we're coming back."

Reflecting on FOZZY's rise, Jericho said: "To see the growth of the band is the most important thing. We're not doing this to play 'rock star'; we're doing it to build FOZZY and build the brand. It's a business, so you want that business to be profitable, and when you get to the point where you figure out how to do that, it is very gratifying."

Despite the fact that FOZZY's eighth album, "Boombox", landed on several charts upon its release in May, Jericho said that the band's approach to releasing new music may be different going forward. "We already are working on new stuff, and I think the way that music is released is going to change," he said. "I don't know if we're going to do another 'album', per se, because you do 12 songs and every song is great, but once, you know, you put three singles out on radio, that's pretty much the end of it. So we might just focus on one song at a time, just more frequently."

Last month, FOZZY postponed the remaining dates of its previously announced summer/fall 2022 "Save The World" tour due to a throat injury suffered by Jericho. According to FOZZY, the wrestling superstar sustained a bruised larynx in August at the AEW "Quake By The Lake" event in Minnesota where he squared off against Jon Moxley for the interim AEW world championship.