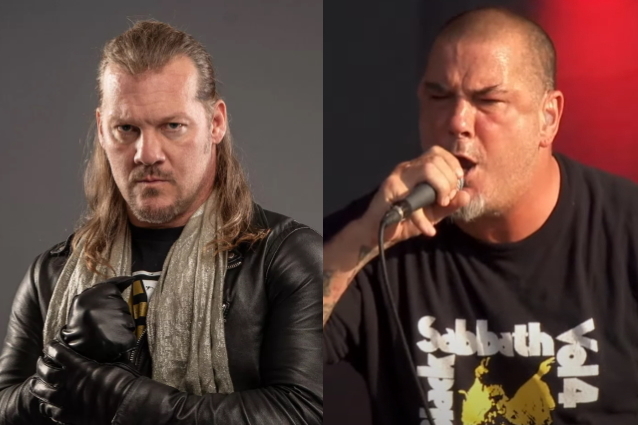 Jericho discussed his views on the PANTERA comeback in a new interview with Oran O'Beirne of Ireland's Overdrive. He said: "I think it's great. I'm amazing. I was very good friends with Vinnie and I think that, in retrospect, both Vinnie and Dime would be very happy about this. I think that a world with PANTERA music in it, is better than a world with no PANTERA music in it. I think they got the right guys to help out, with Charlie and Zakk, and when it comes to a whole generation of kids that never got to see those songs being performed live, this is their chance, and it's gonna be amazing.

"At the end of the day, it's about music and sharing the experience of great music amongst people," the wrestling superstar explained. "I don't believe that those songs should be locked away and not performed in a grand setting. It's time for everybody to experience some kind of connection with that music again, be it for the very first time or perhaps just one more time. Either way, it's gonna be amazing."

PANTERA will play its first shows in over 20 years in December 2022, starting with a co-headlining slot at Mexico's Hell & Heaven Metal Fest and Monterrey Metal Fest, followed by appearances at three Knotfest festivals in South America. There will also be a one-off show with JUDAS PRIEST in São Paulo, Brazil.