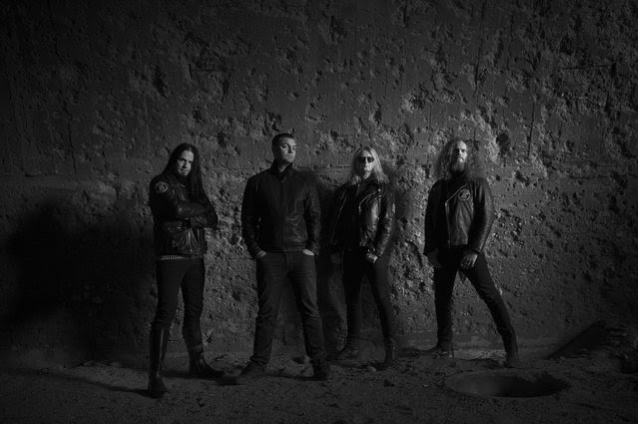 CHROME DIVISION — the Norwegian band featuring DIMMU BORGIR frontman Shagrath (a.k.a. Stian Thoresen) on guitar — will release its fifth and final album, "One Last Ride", on November 30 via Nuclear Blast.

Shagrath states: "Finally the time is here… The Doomsday Raiders return from the wastelands for 'One Last Ride'!

"The band is super stoked and proud to announce that the fifth album is coming soon on Nuclear Blast Records; this time with the return of the original singer Eddie Guz and a guest appearance by Missselia.

"Be prepared for a kick-ass ride of 13 new songs, including a Spanish version for our South American fans. Doomsday Rock Legion Forever!"

The lyric video for the first single and title track, "One Last Ride", can be seen below.

CHROME DIVISION fired Guz in August 2009 "due to lack of dedication and commitment to the band." His replacement, Shady Blue (a.k.a. Athera),originally filled in for Guz at the Winterfire Festival at Hessenhallen in Giessen, Germany in February 2009 after Eddie was unable to make the gig.