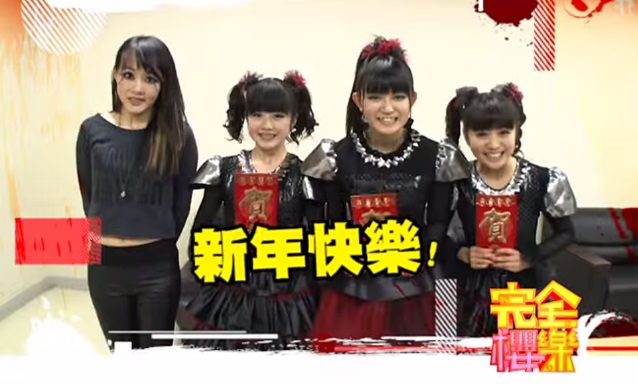 BABYMETAL is the offshoot of the Japanese pop idol group SAKURA GAKUIN that performs a distinctly Japanese mix of schoolgirl J-pop and heavy metal.

BABYMETAL kicked off its world tour with a headlining show on July 1 at La Cigale in Paris, France and will support pop superstar Lady Gaga on five shows in July and August.

The band released its debut album on February 26 via Toy's Factory. The effort was made available in regular and limited editions. The CD includes five of BABYMETAL's singles that were released in 2011 - 2013, from "Doki Doki Morning" (digital single) to "Megitsune", their B-sides and three new songs.

"Babymetal" made it to No 3 on iTunes' U.S. rock chart and was in the Top 10 in six other countries, including the U.K. The band's video for the song "Gimme Chocolate" has received nearly 12 million views on YouTube, and BABYMETAL was featured on the cover of the U.K. weekly rock magazine Kerrang!