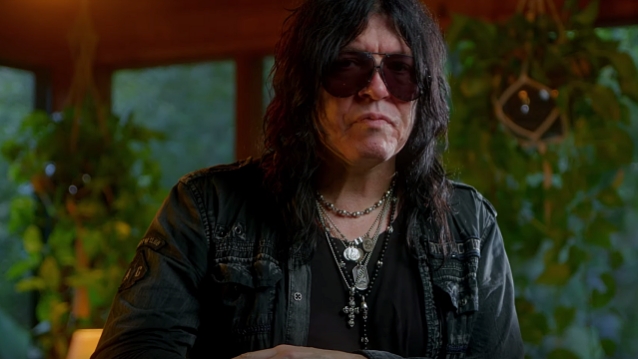 Growing up in Pennsylvania, Tom Keifer fell in love with guitar and the blues at a very young age. When Tom informed his mom that he wanted to leave high school to tour with a band, she made him an offer he couldn't refuse. Check out the video below for the full story.

Produced by Tom, Savannah and Kyle O'Connor, "Rise" scales renewed sonic heights. From the tasty slide work that stamps "Touching The Divine", the nontraditionally arranged, heavy, dark jam of "Untitled", the breakneck thrust of "All Amped Up" to the tender coda of "You Believe In Me", "Rise" signifies the ongoing evolution of the CINDERELLA frontman as a person, songwriter, and bandleader. It's the aural portrait of an artist who, to borrow a phrase, is still climbing.