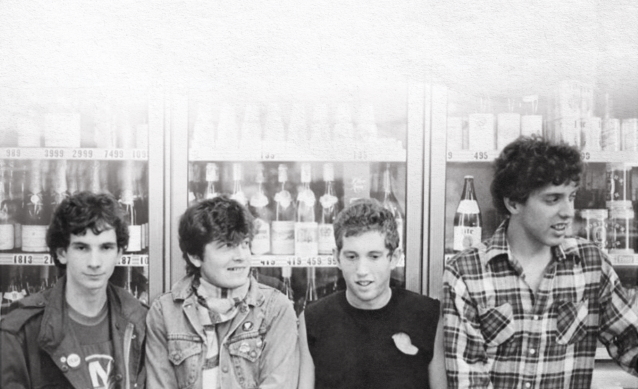 Trust Records was formed to give classic punk and hardcore records the home that they deserve. The great records of the genre sprung from DIY roots to influence millions of disaffected kids around the world. Unfortunately, many of these seminal records of this great genre have been treated poorly in the streaming age — out of print, under-monetized or not properly accounted for. Trust Records' mission is to correct this problem and treat punk and hardcore with the same reverence that other great genres like folk, jazz and blues have received.

"Before they had a name for the label Matt and Joe came to [us] with an opportunity of a lifetime," says Morris. "So choosing the name Trust Records is very appropriate as they've been nothing short of trustworthy and people of their word. That's insanely important when navigating through the music branch of showbiz world!"

In celebration of "Group Sex"'s 40th anniversary, Trust will present the seminal release with deluxe packaging by Robert Fisher, designer of NIRVANA's "Nevermind", a bonus recording of a 1980 rehearsal, a 20-page booklet including unreleased photos and anecdotes from Tony Hawk, Mike Patton, Shepard Fairey, Ian MacKaye, Lars Frederiksen and many more, in addition to a quality repackaging in a limited colored vinyl schema. The remastered audio will be released across all digital retailers and vinyl format.

CIRCLE JERKS' official anniversary tour, originally set for this summer, has been rescheduled for 2021. The run currently covers Europe, United Kingdom, Japan, Riot Fest and is subject to change. The lineup will consist of Keith Morris (vocals),Greg Hetson (guitar),Zander Schloss (bass) and drummer to be announced.